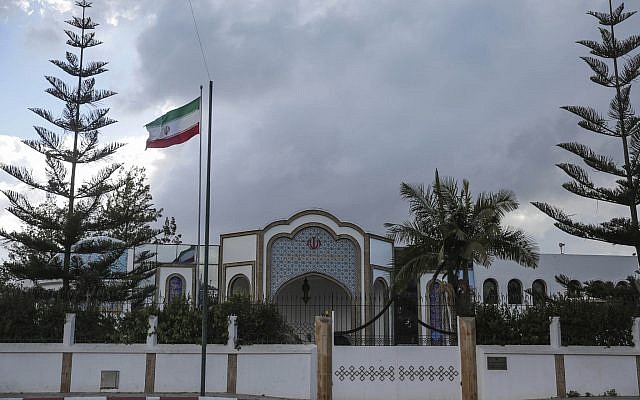 by Atousa Pilger
The Arab League has publically supported Morocco’s decision to sever ties with Iran, over the Regime’s alleged support for the Polisario Front in the disputed Western Sahara.

Mahmoud Afifi, the representative for the Arab League’s secretary-general, said on Wednesday that the organisation strongly condemned and rejected Iran’s interventions in Morocco or in the internal affairs of any other Arab country.

He then called on other Arab nations not to ignore the threat of chaos and instability in the region, which was the result of the Iranian’s Regime’s disastrous meddling and use of proxy groups to stir up regional tensions.
Morocco cut ties with Iran on Tuesday, citing the Regime’s support of the separatist Polisario Front, who are seeking independence for the Western Sahara region, which was annexed by Morocco in 1975.

The Iranian Regime have also acted malignly across the Middle East, from propping up Bashar Assad in the Syrian Civil War even as he uses chemical weapons on his own people, to instructing the terrorist Houthi cell to fire ballistic missiles on civilian areas in Saudi Arabia, to working on nuclear weapons, in violation of the 2015 nuclear deal, which threatens all in the region.

From all of this, you can see that supporting a separatist group that threatens Morroco’s power would not be unusual for the Iranian Regime.
Former Pentagon official Michael Rubin wrote in the Washington Examiner that Iran’s problem with Morocco is a difference in ideology.
By undermining Morocco, Iran would be destroying the strongest anti-terrorism country in the Arab World. This is important because Iran is the biggest sponsor of terrorism in the world, funding terrorist groups like Hezbollah, supplying arms to the Houthis, sheltering the 9/11 plotters when the US wanted to bring them to justice, and even training terrorists at specialised camps in Tehran that are run by the Islamic Revolutionary Guards Corps.
He wrote: “Make no mistakes: Iran’s problems with Morocco are ideological.”