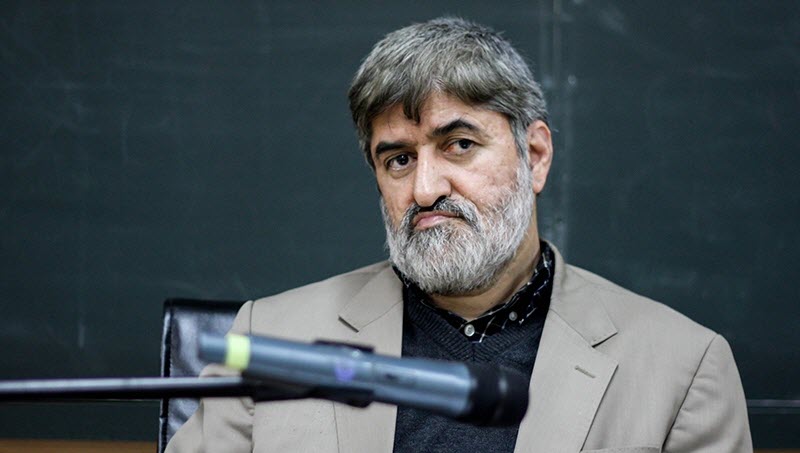 Asserting that Friday Prayer leaders take orders from a “central command” and merely repeat back the lines dictated by the regime to support their policy messages, Ali Motahari, Iran’s Deputy Speaker of Parliament, spoke out against the ceremonies.

Motahari compared Friday Prayers as they are today, to the way they were during the time of the Umayyad and Abbasid dynasties. Most Shi’ite clergy would consider this comparison an affront, as the Umayyad and Abbasid dynasties are the most hated historical eras for the Shi’a. However, historically, Shi’ite clergy have discouraged Shi’a from attending communal Friday Prayer in the absence of their 12th imam, Mahdi.

Motahari criticized what he called the “inappropriate distribution of the ruling system’s tribunes,” in an interview with the Khabaronline news website, and added, “It is not right to see that only certain people who praise the system and never criticize it are licensed to speak from public podiums and tribunes.”

It is unprecedented for an MP to speak out against the communal Friday Prayer ceremonies. The calls them the “real trenches of the Islamic Revolution” in a war against “anti-revolutionaries” and all other “hostile forces.” The practice of communal Friday Prayer was encouraged by the founder of the Islamic Republic, Ayatollah Ruhollah Khomeini, and became a standard practice in post-revolution Iran, when they provided support during the days of the Iranian Revolution. Friday Prayer ceremonies in Tehran and other cities were filled with people eager for revolutionary guidelines, and messages about the future.

In fact, Friday Prayer leaders in the capital, the ayatollahs Mahmoud Taleghani, Hossein-Ali Montazeri, Mohammad Beheshti, as well as Ali Khamenei, today’s supreme leader, who was a cleric at the time, were treated like celebrities. Their speeches attracted hundreds of thousands of people from all walks of life.

Motahari continued, “It is clear that all Friday Prayer leaders parrot the same monotonous hackneyed sermons. There’s a central command that orders them to talk against a certain person or elaborate on a certain subject, and all obey.” He maintained that such a mechanism, “eliminates Friday Prayer leaders’ independence.”

Motahari claimed that thoughtful, intelligent men have been denied the Friday Prayer arena and public tribunes. He said, “There would be no problem if a Friday Prayer leader decided to criticize the entities and organizations under the supreme leader’s direct supervision. Then, the audience would feel a natural atmosphere. We should leave artificial trappings behind.”

He added, referring to the content of the sermons, “Today, the repellant power of the sermons is much more than their attraction. Sermons delivered on the basis of outside orders have deeply damaged the position of communal Friday Prayer as an important Islamic, political, and social stronghold.”