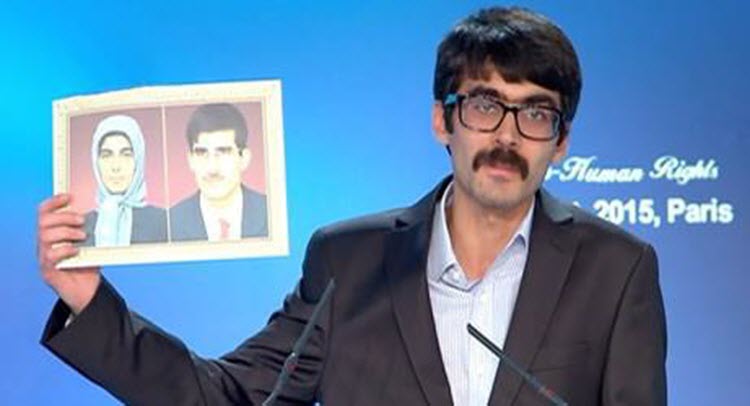 The following text is an adapted article based on an op-ed in The Hill by Farzad Madadzadeh, a former Iranian political prisoner, about the importance of the Free Iran rally and a strong political opposition.

As a former political prisoner of the regime in Iran, I will join with a sizeable number of my fellow Iranian expatriates and their international advocates on July 9 in Paris to attend the annual “Free Iran” rally in Paris. The event has been held for over 10 years hosted by the National Council of Resistance of Iran.

Obviously, it is a special international event concerning a matter of international significance. It’s very personal to me. I will be with the bigger crowd, spiritually. Numerous Iranians living still under the rule of the theocratic regime risk revenge to view the event in secret on outlawed satellite TV channels.

I will know this from having seen the event from two sides: as a former dissident held as a political prisoner and witnessing the ideological wall erected by the regime to separate Iran from most of the world. In years past, I was one of many supporters who backed the NCRI and its main How do I know? After this year’s rally, I will have seen the event from both sides of the ideological wall that separates the Islamic Republic from most of the rest of the world. In past years, I was among those Iranians who supported the NCRI and its main component, the People’s Mojahedin Organization of Iran (PMOI or MEK), from a secret place inside the country. My security and freedom were put at risk in addition to my colleagues to further the local activism of various groups. The regime imprisoned me for five years from 2009 to 2014 inflicting great psychological and physical torture in retaliation for supporting the PMOI. Last year, I escaped from Iran at age 29.

Despite my witnessing the fierce repression, I was never forlorn; believing the system of clerical rule would die in time. I was encouraged by pictures of the NCRI meeting comprised of about 100,000 Iranians and international followers clamoring for a “Free Iran.” It filled me with hope. For advocates that was an important day. I followed the event while in prison.

From the national protests in 2009 to the daily opposition exhibited by Iranians, it was always obvious the majority of my countrymen and women had common cause with activists. Meantime, NCRI actions abroad made it obvious our exiled leadership had made substantial movement in having foreign support that would assist us in eventually securing success.

Policymakers world-wide have been alerted to the imperative need for regime change in Iran. Now it will be possible for me to present my views to an international audience. If I am lucky, my story in addition to that of other dissidents will be heard by many important American and European politicians as well as experts who attend.

I am aware the greater message is clear to them. There’s isn’t any realistic chance of the Iranian regime exercising moderation. Democracy and liberty will only be achieved by changing the regime. I am sure the number of Western supporters will rise once the repression and the regional interference practiced by the regime is understood.

The event this year occurs nearly one year since the ending of nuclear negotiations between P5+1 and Iran. It will be a chance for Western policymakers to gauge the effect of the Joint Comprehensive Plan of Action and the general policy of reconciliation. The strategy is lacking and policymakers realize that.

There are those in the West who still believe the presidency of Hassan Rouhani is moderate. My attendance and that of other activists should dissuade them of that notion. Under him, repression in Iran and foreign aggression remain under his presidency. Dissidents, activists, and artists are forced from the country or go to jail.

With first-hand experience, I realize how emotional the July 9 event will be for Iranian dissidents in Iran. The governments of the West should listen to the message. The message is echoing from Paris and the silent mainstream in Iran: “Free Iran.”