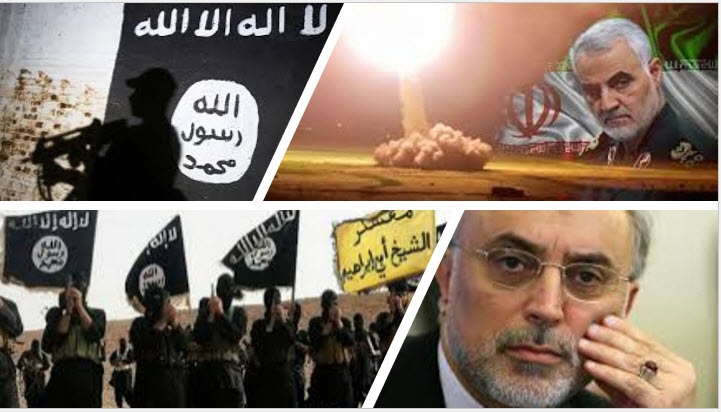 Mr Shahin Gobadi emphasised the Iranian regime’s foreign ministry’s decades-long involvement in terrorism in a recent essay on the official website of the National Council of Resistance of Iran (NCRI)) Foreign Affairs Committee.

Diplomacy and terrorism go hand in hand for the Iranian dictatorship, according to Ali Akbar Salehi, the regime’s former Foreign Minister and Head of the Atomic Energy Organization. He further said that the regime’s programme of exporting terrorism involves all of the regime’s major institutions and ministries.

Diplomacy and terrorism go hand in hand for the Iranian dictatorship

On the second anniversary of Qassem Soleimani, the eliminated commander of the Revolutionary Guards (IRGC) Quds Force, he made an unusual statement in an interview with the state-run Akharin Khabar website on January 1.

The regime worked with Soleimani and the Quds Force to appoint ‘special’ ambassadors to Libya and Tunisia, according to Salehi. “In other words, our ambassadors to those countries should have been diplomats as well as having field experience,” he explained. In the instance of ‘field experience,’ the regime refers to terrorist acts using this expression.

In a 2019 interview with the state-run internet station Aparat, Saeed Ghasemi, one of the former IRGC top commanders, stated that in the 1990s, while wearing the Iranian Red Crescent outfit, he travelled to Bosnia to train Muslim fighters against the Serbs.

“When the conflicts in Libya erupted, I consulted [Soleimani], and he advised me to travel to Libya,” Salehi said. This journey occurred during Gadhafi’s demise when the violence was still ongoing. In Libya, I noticed that our Quds Force friends had provided the resources to create prosthesis with the support of the Red Crescent to aid the revolutionary Libyan soldiers.”

Salehi went on to say that the Quds Organization of the IRGC isn’t merely a military force, but also helps people in need and promotes cultural events. In practice, however, the Quds Force’s idea of humanitarian help is far from accurate. Scenes of Syrian children being massacred or innocent Iraqis being decapitated revealed the IRGC’s real colours to the rest of the world.

Salehi also acknowledged Soleimani’s damaging involvement in Iraq, as well as the regime’s policy of exporting “revolution” across the region through the deployment of proxy terrorist groups.

Zarif had previously met with Soleimani

He described how numerous Iraqi authorities befriended Soleimani, stayed in constant contact with him, and aided him during his accomplishments in Iraq. These officials were also working with the Iranian regime as operatives. Around 30,000 spies were detected on the regime’s payroll in Iraq in the early 2000s, according to the Iranian Resistance.

In April 2021, Salehi’s replacement, Mohammad Javad Zarif, revealed in a leaked interview that the regime’s ‘Foreign Ministry had a security system’ amid the regime’s factional fighting.

Zarif, who had previously met with Soleimani on a regular basis, indicated that the regime closed down the Foreign Ministry’s economic section in the 1990s and replaced it with ‘more political-security orientations’ as part of a regional administration.

Assadi, an Iranian ambassador were detained in 2018

With Iranian regime agents acting as officials stationed in Iraq in the early 2000s, it was no surprise when it was discovered in the late 2010s that even Europe had been penetrated by terrorist agents posing as diplomats.

Assadollah Assadi, an Iranian ambassador living in Vienna, and three accomplices were detained by European police in 2018 for attempting to attack an Iranian Resistance gathering in France. In 2021, the guys were prosecuted and sentenced to hefty prison terms.

This surprising statement confirms what the Iranian Resistance has been saying for decades: Tehran utilises its diplomatic missions as a hub for espionage and terrorism. As a result, it is past time for the West to act decisively and close the regime’s embassies and remove its agents.