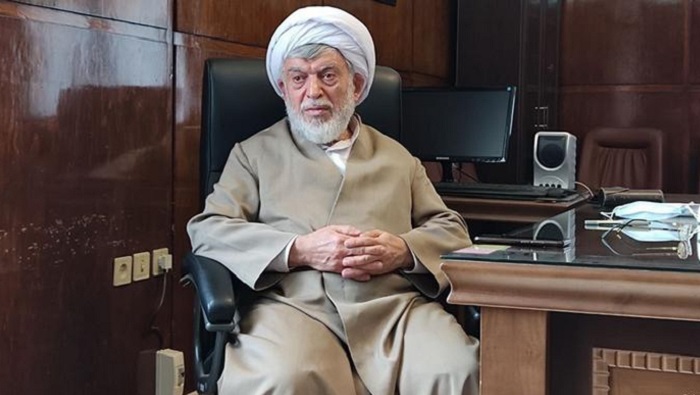 In a recent interview, Hossein-Ali Nayeri, the chief judge that oversaw the 1988 massacre under the Iranian regime, admitted that the killings were genocide and defended the mullahs’ actions, saying that “the entire state may not exist today, if not for those executions.”Nayeri said in an interview published on July 9 on the website of the “Islamic Revolution Documents Center.”

On the basis of a fatwa issued by Khomeini, the mullahs’ regime executed over 30,000 political prisoners in the summer of 1988, the majority of whom were members and supporters of the Iranian opposition People’s Mojahedin of Iran (PMOI/MEK). Their remains were covertly interred in widespread mass graves.

Nayeri presided over the Tehran “Death Commission,” which decided the fate of the detainees in kangaroo trials that at most lasted a few minutes. The current regime’s president, Ebrahim Raisi, the former justice minister, Mostafa Pour Mohammadi, and the former Tehran Revolutionary Prosecutor, Morteza Eshraghi, were also members of the Death Commission.

According to Nayeri, the reason the inmates were put to death was that “they started inciting riots in prison and they had organizational structure. They had launched a new organization inside the prisons,” claiming they were “cutting off telephone lines” and “breaking lamp bulbs.” These are the justifications Nayeri gives for the genocide, which has been dubbed the most heinous crime against humanity since World War II.

The incontrovertible fact, however, is that the prisoners were given the death penalty because they refused to deny their association with the MEK when Nayeri and other commission members questioned them about it.

Nayeri had previously held back from discussing the 1988 massacre in the media. The “Islamic Revolution Documents Center,” a website run by Pour Mohammadi, posted his interview.

According to witnesses who testified in the case of Hamid Noury, a former Iranian regime official whose trial was held in Sweden, and for a brief period in Albania where MEK members testified, Nayeri was appointed as head of the regime’s Death Commission, responsible for carrying out the executions.

Noury is currently facing a life sentence in prison after being found guilty of international war crimes and violating human rights in connection with his direct involvement in the mass executions. Nayeri’s recent interview strikes a blow to Noury’s claims that he never once mentioned the 1988 massacre during his testimony.

According to the Stockholm District Court, Nayeri’s interview with the Islamic Revolution Document Center was released on July 9 while Noury waits for a decision on Thursday, July 14.

The appeasement strategy of the international community has given the mullahs’ regime the confidence to publicly acknowledge the 1988 massacre, taking full advantage of the climate of impunity. Parallel to this are Iran’s escalating domestic crackdowns, the regime’s continued pursuit of nuclear weapons, the development of ballistic missiles and drones, ongoing support for international terrorism, and the kidnapping of foreign nationals to be held as hostages as part of a foreign policy to secure the release of its convicted terrorists and agents.

It is imperative that the Iranian regime understand that its crimes will not go unpunished.