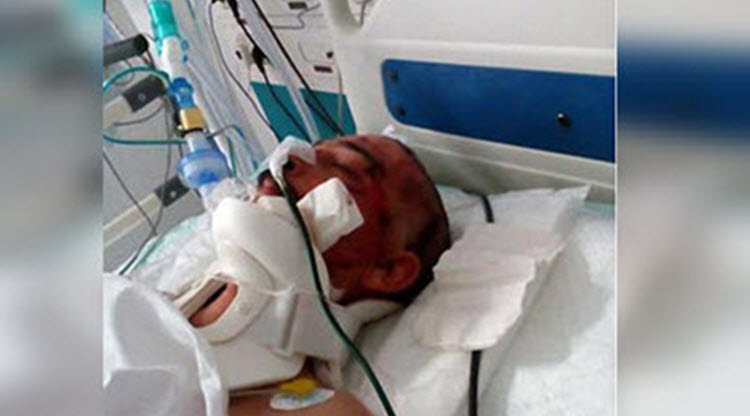 The National Council of Resistance of Iran (NCRI) has reported the tragic story of a 45-year-old man who attempted to commit suicide after not being able to pay for an almost $100 medical bill. The man, Ali Shafie, suffering from extreme pains in the stomach went to the Milad Hospital in Tehran for treatment. However, he was not accepted into the hospital because his insurance booklet had expired and he didn’t have the cash needed to pay.

Mr. Shafie, married with two children under the age of 10, still suffering from excruciating pain decided to throw himself from the third floor of the hospital and is now in a coma.

According to the state-run Hamshahri daily, the incident took place on Friday 29th April.

Mr. Shafie’s brother told Hamshahri that his brother had begun to experience severe pain at around noon on the Friday. On arrival at the hospital he presented his insurance booklet, but officials said that it had expired and he would have to pay three million rials (approximately $95). Mr. Shafie insisted that the booklet had only expired a few days previous and that they could check their system. The hospital, however, didn’t back down, he explained.

He said that his brother did not have the three million rials they were demanding and neither did those who were accompanying him. Mr. Shafie then decided to throw himself off the third floor as he was still suffering from intense pain. With tears in his eyes, he told about how his brother who has a wife and two young children is now in a coma. “For three million rials they forced my brother into making such a decision. (…) One person says he is brain dead, while another says there is no hope for him.”