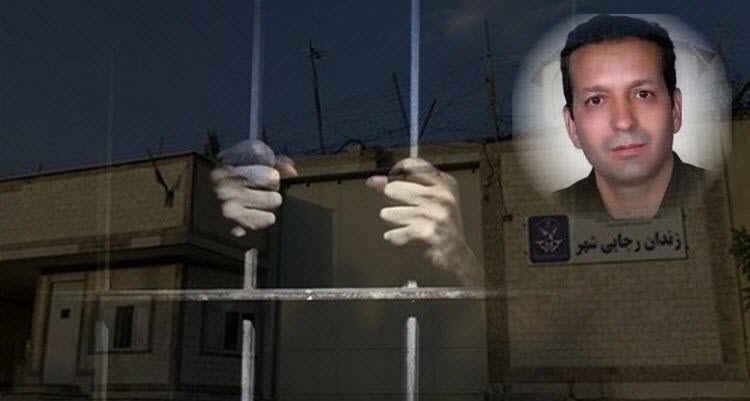 Saleh Kohandel, a renowned Iranian political prisoner and a supporter of the People’s Mojahedin Organization of Iran (PMOI or MEK), has written an open letter from prison. The letter, which was smuggled out of prison, was addressed to his relatives.

In the letter, which can be read on the National Council of Resistance of Iran’s (NCRI) website, Mr. Kohandel said that he would no longer accept visits from his family because of the subjugation he endures at the hands of the mullahs’ regime, before, during and after such visits.

Mr. Kohandel is serving a sentence in the notorious Gohardasht (Rajai-Shahr) Prison in Karaj, north-west of Tehran. He was arrested on 4th March 4 2007 because of ties to the PMOI (MEK).

At a time when the rotten and decaying regime of velayat-e faqih (absolute clerical rule) is in its final chapter and each day there are new reports in state media of vast theft and embezzlement by various high-ranking and ordinary members of the regime, and as officials are overtaking each other in such theft and plundering of the nation, on Wednesday May 4 they summoned me for a visit from my family. Although it has been six years since I was allowed to have direct interaction with my relatives during their visits, and this latest visit was from behind the glass partition, I was searched four times between our Ward and the Visitors’ Hall. In order to degrade me, the wardens attempted to strip me in front of the other prisoners. This dirty action was despite the fact that the wardens know full well that in the 10 years that I am in prison I have not violated any of the prison regulations including those which stem from their reactionary nature. My only crime, in their view, are my political activities, and for this reason I have on many occasions been transferred to the Ward run by the Intelligence Ministry and spent months under torture in solitary confinement. Therefore in order to partly allay the insults that my relatives and I are being subjected to, I have decided not to attend any further visits. I urge all my relatives not to come to visit me from this day onward. I apologize to my family in advance because I can no longer tolerate the insults and humiliation that I am subjected to.