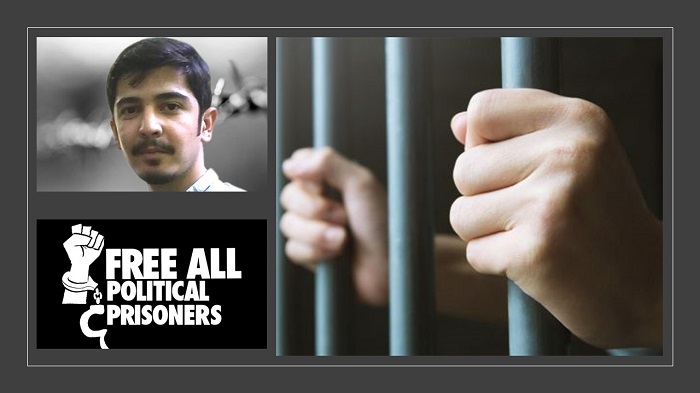 Kasra Bani Amerian, a political prisoner with cancer at Tehran’s notorious Evin Prison, has been denied medical care for nearly a year and a half. The political prisoner, who is 26 years old, had previously undergone chemotherapy. He is currently experiencing leukaemia symptoms and should be evaluated by a doctor and given medical treatment.

However, in the last 18 months, court authorities have obstructed his release, depriving him of the bare minimum of care and even medications that he desperately needs.

“Kasra contracted leukaemia at a young age,” an informed source said. He was treated for a long time. He now suffers from its effects, including weakness and damage to the form of his both legs… He needs specific medications to maintain his immune system. When his family provides the prescriptions, however, they must wait several weeks for the jail administration to get a fresh permit to distribute the medications. Every time, jail officials disregard the earlier permit provided by the prison health department and refuse to deliver the medication he requires.”

“A few months ago in prison, he was gravely hurt due to his incapacity to move his ankle,” the source continued. In such a situation, he desperately needs rehabilitation and long-term supervision of specialists, including orthopaedists and physiotherapists, and he must use special shoes that are very expensive. Kasra’s family provided the shoes on several occasions and went to the prison to demand that they be delivered. However, for unclear reasons, jail officials refuse to let Kasra receive the shoes. While the prison doctor has prescribed him physiotherapy shoes on numerous occasions.”

Due of his medical difficulties, Bani Amerian’s family has attempted but failed, to obtain a compassionate release.

While the exact number is unknown, at least three political prisoners, Adel Kianpour, Sasan Niknafs, and Behman Mahjoubi, died in Iran in 2021 as a result of insufficient medical treatment.