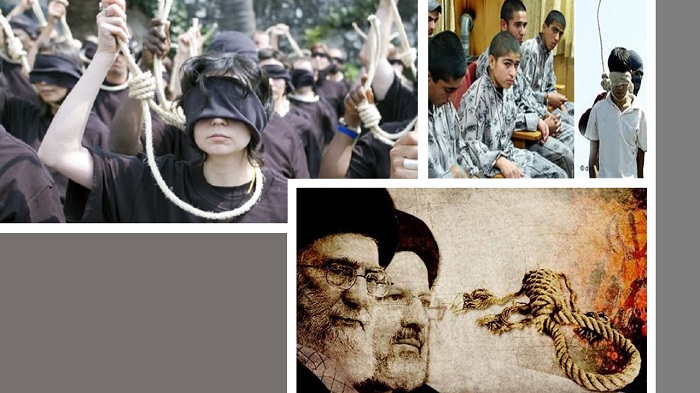 Iran is one of the world’s last countries to sentence minor offenders to death. Iran’s laws stipulate those certain offenses, including armed robbery, rape, sodomy, and murder, are punished by death.

The United Nations revealed earlier this year that almost a hundred persons imprisoned in the country were under the age of 18 when they committed a crime for which they were sentenced to death.

According to the Iran Human Rights Monitor, at least 255 executions were carried out in 2020, with a total of 286 planned for 2021 as of October 18, after three executions that day.

Under Islamic rule, Iran has long maintained the title of the country with the highest annual rate of executions per capita. In terms of raw numbers, only China, with a population of nearly one billion people, conducts more state-sanctioned killings each year. Iran is also one of the few countries in the world where adolescents are routinely sentenced to death for crimes committed while under the age of 18. International law expressly prohibits this practice, as does the application of the death penalty.

“The overall picture of the human rights situation in Iran remains grim,” the Special Rapporteur on the state of human rights in Iran told the UN General Assembly’s Third Committee on October 25.

In another case, the mullahs’ Supreme Court upheld a 17-year-old teenager named Hossein’s death sentence for an alleged crime he committed when he was 14, per the state-run daily Etemaad on Wednesday.

He denied committing a crime during his court appearances. The lower court, however, rejected his claim and ruled against him.

Bernard Boeton: “These executions are in violation of international law”

According to human rights organizations, 140 juveniles in Iran are facing the death penalty. On July 8, a group of twenty-four human rights organizations from around the world – including NGOs from Egypt, Yemen, Morocco, Turkey, Bahrain, and Iran – appealed to Teheran authorities to halt executions and commute prison sentences. There have been calls from throughout the world for Iran to abolish the death sentence for juveniles once and for all.

“These executions are in violation of international law, which prohibits capital punishment for minors, regardless of the gravity of their crimes,” Terre des Hommes’ Bernard Boeton stated at a press conference in Geneva on July 8. “The UN Convention on the Rights of the Child and the International Covenant on Civil and Political Rights have both been signed and ratified by Iran. There is no other justification, religious or cultural, that can override international conventions.”

Regardless of the Iranian regime’s interpretation of the execution, the reality remains that authorities are willing to openly embrace the practice, indicating a rejection of international human rights standards.