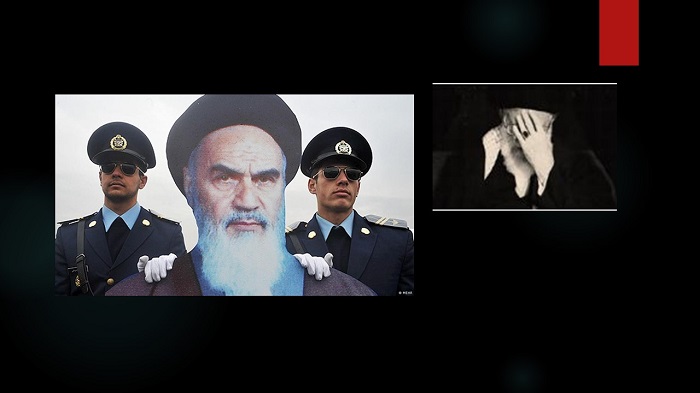 As the 43rd anniversary of the anti-monarchic revolution in 1979 approaches, the Iranian regime’s media and authorities point to some glimpses of the Iranian people’s wretched and disastrous situation since Ruhollah Khomeini first set foot in Iran 43 years ago.

Because the Shah security service had devastated secular, democratic, and patriotic organizations, Khomeini was able to hijack the revolution, betray the revolution’s lofty aims, and install Islamic tyranny.

Now, four decades later, it is the state-run media that acknowledges the regime’s long history of failures and scandals, admitting that the regime has operated as a foreign enemy against the Iranian people.

On February 3, the state-run daily Jomhouri Eslami “reviewed one by one” the regime’s achievements and performance, concluding that “establishing equity in various economic, judicial, political, social, and moral spheres has not been achieved so far,” as a result of which “we are facing a lot of shortcomings and problems today.”

“These days, however, it is growing harder day by day,” the state-run Jahan-e-Sanat newspaper conceded in a piece titled “43 Years After the Revolution.” On one hand, there are economic and livelihood issues, while on the other, there is a gap between expectations and demands, as well as the degree to which other revolution slogans have been achieved. We hear about this weakness not only from detractors but also from officials.”

Overall, the dictatorship has not only failed to tackle any of the people’s or country’s problems in recent years, but it has also avoided establishing social justice. The situation is so serious that most regime officials are attempting to absolve themselves of the blame for the country’s current disaster. They revert to “Who was it?” as presidential contender Mostafa Hashemi Taba put it. “Not me!” says the speaker.

“43 years after the revolution’s victory, we import roughly 25 million tons of agricultural products annually, and even though we celebrated wheat self-sufficiency a few years ago, we are still a big importer of wheat,” the state-run daily Shargh stated on February 3. Who is to blame for this massive loss? Who is to blame for the increase in liquidity and why?

“Who is to blame for the construction of magnificent villas reminiscent of the Shah’s era, as well as towers with luxury apartments up to 1,000 square meters, over the last 40 years?” These structures are constructed on earthquake faults and in narrow alleyways.

“According to the previous central bank governor, $350 billion in foreign exchange and gold has been sold in the open market over the last 40 years, with buyers largely smugglers and capital exporters.” Regardless, who is to blame for the current currency crisis, notwithstanding all the foreign exchange assets?

All of these questions have been answered by the Iranian people several times over the last 43 years in the form of periodic protests and revolutions. They have shown the world who they regard as their principal enemy and the source of all their agony and suffering by targeting the regime’s top leader.

Not surprisingly, Khamenei attempted to deflect blame in his most recent speech on January 30, saying, “If government officials had been more helpful and diligent over these years, our condition would have surely been better than it is today.”

As reported by state-run television on November 19, 2019, after the violent rebellion in November 2019, he clearly pointed to himself as the major decisionmaker, saying, “If the heads of the three branches decide, I support it.” This is something I’ve stated before, and it’s something I believe in. These are the branch heads that sat down and backed the professionals who made the decision for the country; that decision must be carried out.”