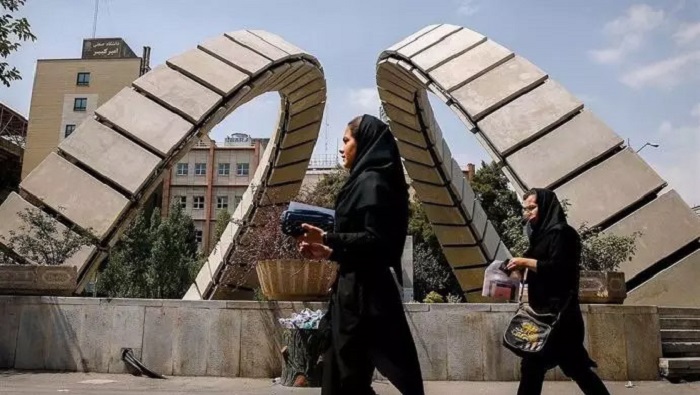 According to multiple reports, security forces are stationed at Tehran’s Amirkabir University of Technology to monitor female students and ensure they follow the regime’s dress code. As per reports, the university’s security guards are harassing girls under various pretexts, claiming that they are in violation of hijab and dress rules.

Such conduct has been observed not only at the university’s entrance, but security forces are also patrolling the campus area, stopping students who do not adhere to the regime’s dress code. Students claim that since Ebrahim Raisi became the regime’s president, these measures have become more severe.

students return to their campuses after a long break in in-person school attendance, the regime has begun to ramp up repressive measures in universities. In response to the reports, Amirkabir University officials stated that they are simply carrying out the orders of their superiors.

“They usually check our cards at the university’s entrance,” another student explained. ‘All ladies come and show your cards here,’ said a woman sitting in the security kiosk today. ‘Are you wearing socks?’ she inquired, and I replied affirmatively. ‘Your socks are too short,’ she said. This was done while no one, even if they tried, could see my ankles. She then went on to say that my sleeves were too short. She said my clothes are not appropriate for the university, took my card, wrote down my ID, and told me to never show up with such clothing again after we argued some more.”

The regime’s fear of women leading anti-government efforts inside Iran is reflected in these measures. Women have become a force for change within the country, organizing protest movements and standing up to the regime’s repression as the primary victims of the regime’s misogynistic ideology and policies. Hassan Karami, the commander of the State Security Forces Special Units, recently announced that the SSF had increased the number of “special operations units” dedicated to women’s repression.

“The women’s unit was established a few years ago. The first ‘female battalion’ was activated in February 2022. On April 22, the state-run Entekhab newspaper quoted Karami as saying, “They received their gear and fatigues and were even present in some of the unrests and carried out missions.” “The women’s special units are working alongside the men’s special units on missions. “Reconnaissance, psychological warfare, and arrests are their main missions,” Karami added.