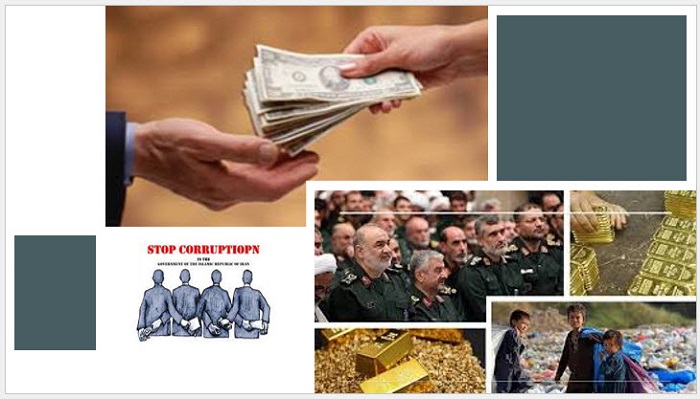 Ali Khamenei, the supreme leader of the Iranian regime, said in a public meeting four years ago, “Systematic corruption? No, that one who sees corruption systematically, he himself is corrupted. They are speaking in such a way as if all are corrupted.”

In reference to the corruption in the banking system, he continued, “It is not known what consequences it will have about the weakening of the people’s trust in the government and the system of the Islamic Republic of Iran if the report of the investigation of the banks, which is currently being carried out in the parliament, reaches the public knowledge.”

The state-run daily Shia News wrote in their August 30 publication, discussing the regime’s wider corruption, which has affected all sectors of the country’s economy, that the regime’s housing’ mafia’ has affected housing prices in around 360 neighborhoods of Tehran.

“In small cities, a 70-meter unit has reached one billion rials, the middle and poor classes can no longer afford housing,” the state-run daily Eghtesad News reported on the same day, confirming the staggering rise in housing costs. State TV was compelled to report the situation because it has taken on such dramatic proportions.

Khamenei’s claims of non-systematic corruption were refuted on August 28 by the state-run newspaper Sharq, which stated, “This is not an exception but a rule in private or governmental companies, and in the structure of the country’s administration. First off, this corruption is more political than it is economic.”

“Second,  given the structure of power in the Islamic Republic, only a political will created by the heads of the branches can resolve this issue. Since others lack sufficient authority, power, and responsibility to effectively fight this significant battle.”

The newspaper continued by listing a few of the many factors that contributed to the regime’s self-inflicted corruption, including the government’s control over the private sector, the multi-currency market, prescriptive pricing, a lack of serious oversight, a selective administration that is not based on competence and experience, etc.