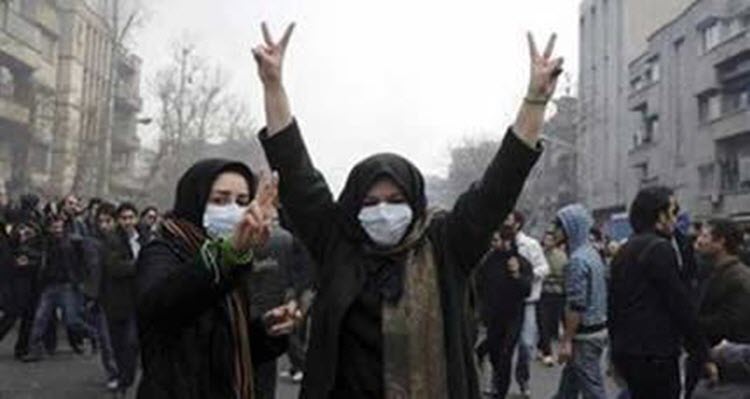 There are many major events taking place that are sending ripples across Iran. They are certain to change the future of Iran in a large way.

Firstly, a new administration is now in place in the United States. President Trump, and many officials in his administration, are strongly opposed to the Iran nuclear deal and are acutely aware of the danger posed by the Iranian regime.

France is about to enter its election period and of course there will soon be the sham elections in Iran. A sham because it is more of a naming of a president rather than a democratic election.

This year has started out quite rocky for the Iranian regime. It lost one of its founding fathers – former president Ali Akbar Hashemi Rafsanjani – one of the regime’s two pillars. This death has been a significant blow and has significantly knocked the regime’s power.

This weakness brings great delight to the people of Iran which is causing the regime to fear another uprising like the one in 2009. Iranian people, including many political prisoners, are voicing their opposition to the regime. Social media is one way the people are making their dissent heard.

People are demanding justice for the 30,000 political prisoners that were executed during the 1988 massacre. They are calling for an end to the existence of this criminal and ruthless regime.

The people of Iran have gained nothing from the nuclear deal. Instead of the huge funds going towards the Iranian economy and helping the people out of poverty and providing better facilities and services, the money has funded terrorism abroad and has financed the Syrian civil war which would have ended long ago if not for foreign intervention.

The Iranian regime has kept Syrian dictator Assad in power and has provided huge amount of manpower and weapons. For now, Iran’s presence in Syria guarantees the regime’s rule at home.

With regards to the recent ceasefire in Syria, the Iranian regime is trying it’s best to ensure that fighting continues. It is doing everything in its power to ensure the regime remains in power. A political solution cannot be found until Iran leaves.

Donald Trump has already made it clear that he opposed the Iran nuclear deal and it looks like the Iranian regime will no longer be allowed to run riot.

Mrs. Maryam Rajavi, leader of the Iranian opposition, proposes a 10-step plan for a future Iran. The opposition is working towards a democratic Iran where people are free and are given back the human rights that they have been denied for years.

Hopefully this possibility will become a reality sooner rather than later as Trump has already been advised by many former US government officials to work with the opposition.