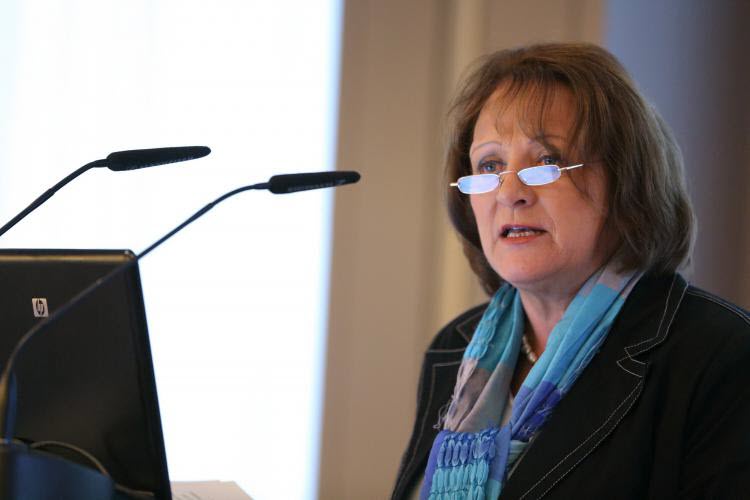 In the article, written before the recent court proceedings, she highlighted that two Iranians are to face court hearings for suspicion of working for Iran’s secret service.

She said that despite the promises Iran is making for the future it is still violating, deliberately, Germany’s sovereignty and the basic human rights of the Iranians living in Germany.

Two Iranian men are said to have been involved in operations evaluating the opposition movement, said Leutheusser-Schnarrenberger. This was confirmed by the German state attorney general following in-depth investigations. The espionage took place from January 2013 to August 2014 and they were spying on the Iranian opposition movement “People’s Mojahedin Organization of Iran” (PMOI/MeK) and the “National Council of Resistance of Iran (NCRI).”

However, she points out that none of this is new or surprising. The Iranian regime has carried out many lethal hunts for dissidents abroad before, especially in Germany. She gives the example of the September 1992 assassination at the Mykonos restaurant where the arbitrary murder of Kurdish minority community representatives was a massacre like no other Iranian activity in Germany prior to that. It became very clear in court that the Iranian government had approved and organized this crime. Therefore, she said, it was the first time a ruling was issued making it clear that the Islamic republic of Iran places orders for murder.

Leutheusser-Schnarrenberger highlights that the situation in Iran has not improved in recent years. In fact, she says, it has done the opposite – it has significantly deteriorated. She points out that the regime has intensified efforts to suppress dissidents inside the country. Their way of doing this is through torture and executions. Rouhani cancelled a planned trip to Vienna because Austria refused to ban a PMOI/MeK rally against him.

She said that the reality of the situation in Iran is that it is under the control of a religious dictator who rules with unconditional humiliation. This is done by religious sectors of society in Iran staging assassinations and pursuing a strategy of destabilizing today’s world. Iran has no limits when it comes to violating the national sovereignties and international conventions.

In order to move forward and to confront Iran’s international activities, Leutheusser-Schnarrenberger suggests that international connections must be established in the same way entities joined to confront ISIS. She points out that every year, German security officials indicate that Iran has a “security service” that is active in Germany and Europe. She warns that they have the PMOI/MeK and NCRI under surveillance.