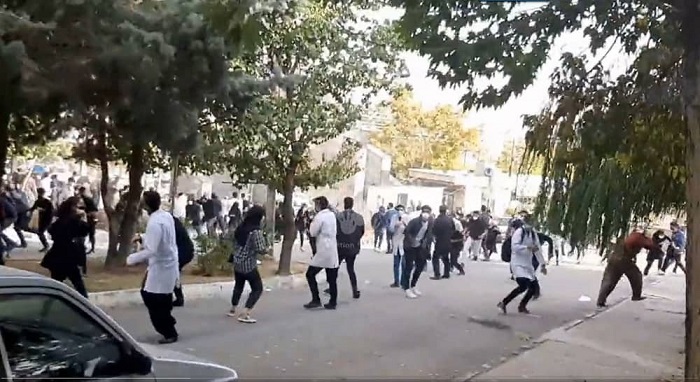 Iranian doctors and medical professionals protested in Tehran and other cities against the regime’s refusal to treat injured protesters. The clerical regime responded with more violence, attacking medical professionals and killing Dr. Parisa Bahmani. The murder sparked outrage among Iranians both at home and abroad.

“I extend my condolences to the family of Dr. Parisa Bahmani & the medical community. The regime leaders’ heinous crimes will soon be answered by the freedom of the Iranian people, especially by the brave women who have become their nightmare,” she tweeted.

Dr. Moyed Aalawian, the head of Tehran’s Medical System Organization, was among those beaten by security forces during an attack on a medical professionals’ demonstration on Wednesday, October 26. Soon after, Dr. Alawian and his deputy resigned in protest of the security forces brutality.

Some doctors and medical staff members were arrested and others were beaten in several cities. In a number of statements since the demonstrations began in Iran, Iranian doctors have protested the presence of security agents in hospitals and clinics, which they claim violates the rights of injured protesters.

Protests have been taking place in Iran for the past seven weeks. Demonstrations were sparked initially by the tragic death of a young woman, Mahsa Amini, while in police custody, but they quickly grew into a national uprising, and many observers believe Iran is on the verge of a revolution.

November 2 – Shiraz, south-central #Iran
Students of the Shiraz University of Medical Sciences are on strike and continuing the nationwide protests against the regime on the 48th day of the uprising.#IranRevolution2022#آزادی_آزادی_آزادی pic.twitter.com/bgyVDWkNpW

The Iranian government has used violence against unarmed civilians to put an end to widespread protests. According to the People’s Mojahedin of Iran (PMOI/MEK), over 450 protesters have died and over 25,000 have been detained thus far.

State officials have systematically used lies and smear campaigns to portray protesters as deceived youth who only act on emotion rather than reason. However, the expansion of the nationwide uprising to include other social groups, such as doctors and lawyers risking their lives to call for freedom, openly criticizes the regime’s propaganda apparatus. 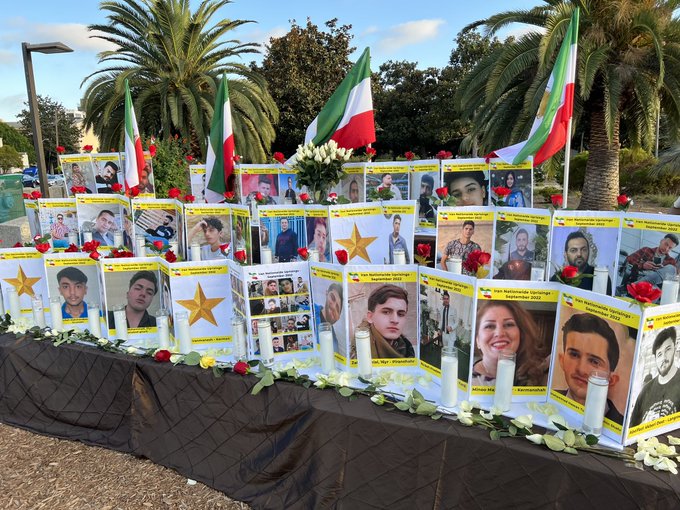 During the protests, a 16-year-old Urmia boy named Abdollah Mohammadpour was shot and taken to his home. Security forces later located Abdollah, kidnapped him, and delivered his dead body a few days later.

Tedros Adhanom Ghebreyesus, Director-General of the World Health Organization (WHO), expressed concern about the Iranian people’s lack of access to healthcare.

“Concerned about the increasing number of protesters and civilians killed or injured in Iran.”  On his Twitter account, he stated, “It is critical that those in need have unrestricted access to health care, including the proper use of medical vehicles, facilities, and health workers’ ability to assist patients.”

Very worried about rising fatalities & injuries to protesters & other civilians in #Iran. It’s essential that unfettered access to health care is provided to those in need, incl. the appropriate use of medical vehicles, facilities & the ability of health workers to help patients.

The Iranian regime has used the maximum amount of violence to put an end to the widespread uprising. Iran’s brave people are still protesting in an attempt to change the government. While the clerical regime desperately clings to anything to maintain its ominous rule, the international community should not shirk its moral and legal obligations to assist Iranians. According to the Universal Declaration of Human Rights, the Iranian people have the right to self-defense and the ability to determine their own future. The world community should recognize these rights.