On Tuesday, February 22, teachers across Iran held protest demonstrations and went on strike in dozens of cities, seeking greater pay as inflation continues to increase in parallel with increasing prices of products and housing. These large protests took place in places such as Tehran, Mashhad, Karaj, Isfahan, Ahvaz, Shiraz, Kermanshah, Rasht, Ardabil, Sanandaj, Borujerd, and many others.

Teachers who are protesting are also seeking the release of their co-workers who have been imprisoned for organizing protests. As observed on Saturday, the teachers’ protests intensified and targeted key regime officials, including mullahs’ President Ebrahim Raisi and Majlis (parliament) Speaker Mohammad Bagher Ghalibaf.

Teachers also want pensions for retired teachers to be modified in line with rising inflation and basic goods prices. The Majlis (parliament) of the dictatorship recently authorized a budget that only covers a small percentage of the demands of hundreds of thousands of teachers.

Mrs. Maryam Rajavi, President-elect of the National Council of Resistance of Iran (NCRI), praised the protesting teachers, saying that they “staged their 2nd protest this week, chanting ‘We are all together until victory’ and demonstrating the nation’s resolve to revolt against 43 years of oppression and discrimination, executions, terrorism, and plunder by the despicable theocracy.”

The Majlis enacted the “Teachers Ranking” measure in December 2021, which was supposedly designed to alleviate many of the challenges that Iran’s teachers have faced in recent years.  Teachers will be classed and ranked based on “general, specialized, and professional credentials, experience, and competitive function,” according to the bill. Teachers’ salaries would be set based on their ranking.

The Iranian Teachers Coordination Council described the bill as deceptive and unacceptable, noting that the administration has threatened not to implement the defective plan during the current Persian year, which runs from March 2022 to March 2023.

In the coming Persian year, beginning in March 2022, a total of 250 trillion rials (about $950 million) will be granted to around 734,000 teachers across Iran. The bill, however, ignores the tens of thousands of instructors who work on ad hoc contracts because the regime’s Education Ministry refuses to hire them despite passing the regime’s test.

Following the approval of the aforementioned measure, Hossein Arab Assadi, deputy chairman of the Employment Affairs Organization, stated, “There is no funding to implement the law in the current year, and the government has no credit for the year 1400 [March 2021-March 2022].” 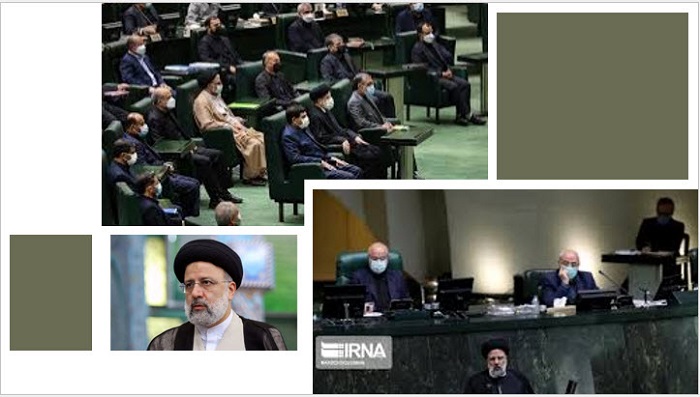 “There is no funding to implement the law in the current year, and the government has no credit for the year 1400 [March 2021-March 2022].”Majlis Speaker Mohammad Bagher Ghalibaf previously stated that the Majlis would not be able to adjust the annual budget of 250 trillion rials allotted to this plan.

Meanwhile, the Revolutionary Guards’ (IRGC)-affiliated Javan newspaper attempted to downplay the teachers’ demands, claiming that 72 percent of the increased education funding had been allocated to teachers. The publication commented, “Instead of allocating our credit to expand the school system and improve the quality of education, we are spending it on salaries.”

Javan, ironically, makes no mention of the IRGC’s budget, which has increased by 240 percent year over year to spend billions on overseas terrorism, ballistic missiles, internet control, and home repression.