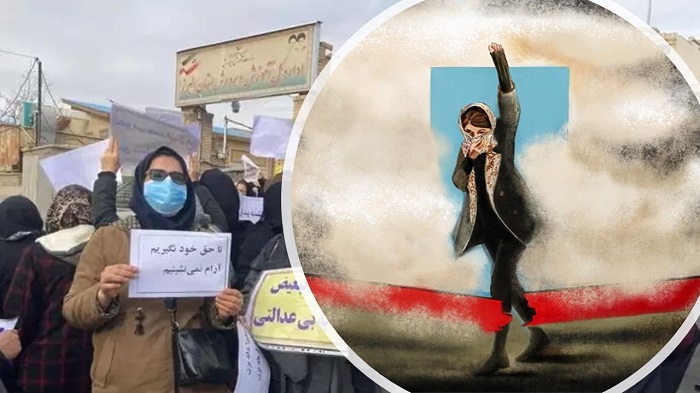 “As we speak there are around five million single mothers across Iran; 52 percent lack any insurance and pensions. Furthermore, 38 percent are considered among the society’s lower third; 19 percent, meaning around one million people, are not receiving any support at all.”

These were the statements of Mohammad Bagher Ghalibaf, the speaker of the Iranian regime’s Majlis (parliament), during a session on Tuesday, January 25th, which raised serious worries among regime officials.

The head of the Majlis’ Social Committee noted the prevalence of “growing worries among single mothers, widows, and single women” during the same session.

“In 2006, there were 1.2 million single mothers in the United States. “However, this number is increasing year after year,” he noted.

As a result, the number of single mothers in Iran has quadrupled in the last 15 years.

“There are about 13 institutions that claim to be in charge of single mothers’ problems, and each has taken on specific obligations and tasks. According to the Mehr news agency (MOIS), which is tied to the regime’s Ministry of Intelligence and Security, Majlis deputy Ebrahim Azizi declared on January 25 that “single mothers are the only part of our society that has been entirely ignored.”

In Iran’s colleges and universities, women make up 60 percent of the present capacity. The regime’s official objective, however, is to push women out of all social venues and into the shadows of their homes, which it does under many pretexts.

This includes statements made by Iranian Supreme Leader Ali Khamenei, who has often stated that women’s primary roles are limited to housekeeping and child-rearing. As a result, all members of the administration have agreed to classify women as second-class citizens. Ebrahim Raisi, the regime’s president, recently spoke out against women working night shifts in any occupation, concluding, “At the end of the day, ladies are women.”

Raisi’s Vice President for Family and Women’s Affairs, Ensie Khasali, has the explicit responsibility of keeping Iranian women at home and working remotely. “Women shoulder a great deal of responsibility. According to the regime’s official news agency, IRNA, she remarked on November 5, 2021, “We have devised procedures for them to continue functioning in a remote mode after the coronavirus pandemic subsides.”

The regime’s misogynistic policy of confining Iranian women to their homes is far from over. The Friday prayer leaders express Khamenei’s and his regime’s preferred situation, labeling even the streets as unsafe for women.

Friday prayer speaker Yousef Tabatabaie in Isfahan expressly asked for conditions to “become hazardous” for women who do not follow the regime’s mandatory hijab laws and regulations. It’s worth noting that women in Isfahan have been attacked with acid by members of the regime’s Revolutionary Guards (IRGC) Basij paramilitary force. A similar event occurred recently in Tehran, when a man attacked six women exercising in a park and splashed acid on their clothing.

Women have historically been at the forefront of unrest, protests, and state-wide revolutions against the mullahs’ dictatorship in Iran. They are not only active in the National Council of Resistance of Iran (NCRI) and its central component, the People’s Mojahedin of Iran (PMOI / MEK Iran), but also in the MEK-led network of Resistance Units around Iran.

The current circumstances of this major section of Iran’s society explain why the country is being described as a powder keg on the verge of exploding after four decades of anguish and tens of thousands of Iranian women killed or executed by the mullahs’ regime. Women in the Iranian opposition’s leadership have a stature that women all around the globe aspire to. And this is causing increasing concern among Khamenei’s and his regime’s leaders, who see that women will be the force that brings down their misogynous dictatorial regime.