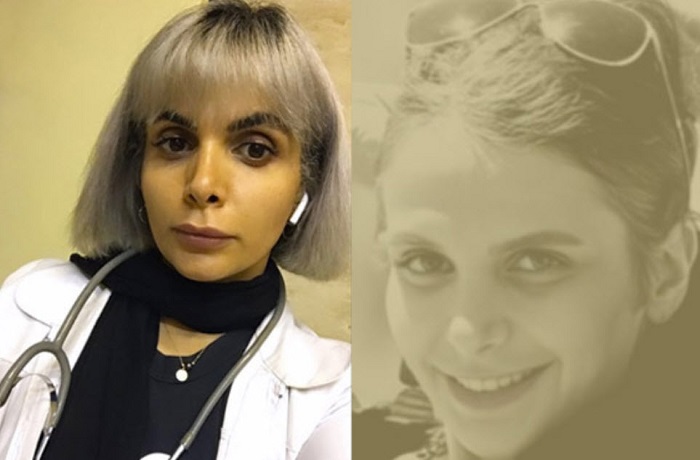 She shared a photo of herself eating with her husband in a coffee shop without the required veil. Without warning, twelve men and one woman raided her home, arresting her and seizing all of her electronic devices. Dr. Reyhaneh Saeedi was held in solitary confinement in Ward 2A of Evin Prison for 21 days before being released on bail of 1.5 billion tomans on November 2, 2022.

Reyhaneh Saeedi’s trial was held on December 26, 2022, with no opportunity for her to defend herself. Dr. Reyhaneh Saeedi was described by social media users as a dedicated physician who traveled to Kermanshah and Sistan and Baluchistan to assist flood victims.

Also a five-year ban on leaving the country, as well as a five-year ban on activities in cyberspace and the use of smartphones. Her punishment also includes writing a 70-page thesis based on several books by Morteza Motahhari, a backward mullah, and theoretician in the regime.

The world is no longer deluded about the nature of the mullahs’ regime in Iran. It is a regime that imprisons and tortures doctors, artists, students, intellectuals, charitable people, and people who value freedom, as well as killing and executing them. However, thieves and murderers continue to hold positions of power and continue to massacre and plunder with impunity.