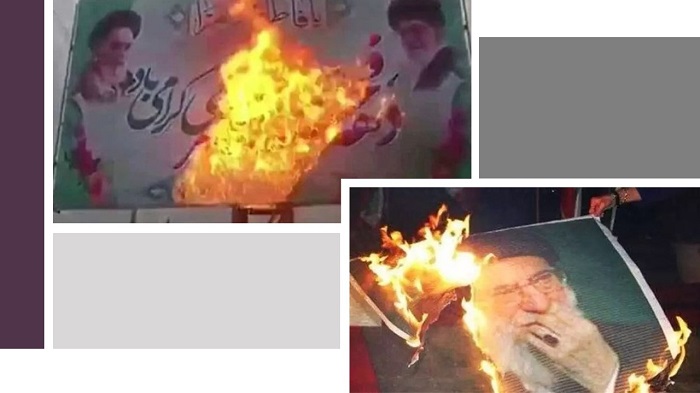 The Scarlet Wednesday, also known as Chaharshanbe Suri, is an Iranian traditional event held on Tuesday evening, the eve of the Persian year’s last Wednesday. It is also the first of the Nowruz celebrations event’s celebrations.

According to a novel about the celebration, Siavosh—the emblem of honesty in Shahnameh (The Book of Kings, penned by the famed Iranian poet Abolghassem Ferdowsi)—asked his father, Touran Shah, to light seven large flames on the final Tuesday of the year to show his innocence. Touran Shah organized a huge party around the country to commemorate his son Siavosh after he successfully passed through fires and protected his dignity.

In this context, Iranians commemorate Chaharshanbe Suri by leaping over a fire. Iranians repeat, addressing the fire as a purifying exercise, “My yellowness—the indication of weakness, poverty, and fear—for you, your redness—the sign of power, welfare, and bravery—for me.”

Iranian families use this festival to express their dissatisfaction with the theocratic leadership. People are more excited in marking this national event, despite the regime’s harsh and propaganda methods.

Iranians, notably young people, set fire to portraits and effigies of regime founder Ruhollah Khomeini, Supreme Leader Ali Khamenei, and regime president Ebrahim Raisi, demonstrating their contempt for the ruling system as a whole. The Iranian opposition People’s Mojahedin of Iran (PMOI/MEK)‘s Headquarters in Iran called on Iran’s youth and people to celebrate the Fire Festival and Khamenei and Raisi’s torch posters as widely as possible on March 1.

According to accounts, packed cities including Tehran, Mashhad, Isfahan, Tabriz, Ahvaz, Shiraz, and others resembled battlegrounds, with youngsters pushing police troops and intelligence operatives back in many districts.

“People in Tehran celebrated the Fire Festival with firecrackers in various regions,” the MEK stated on Tuesday, March 15. “People also wrote slogans on walls to indicate their resistance to the regime. ‘Death to Khamenei, the Russian puppet,’ read graffiti on buildings throughout Tehran, referring to the regime’s backing for Russia’s invasion of Ukraine.”

Despite broad efforts by the regime to prevent celebrations during the annual Fire Festival (#CharshanbeSuri), marking the eve of the final Wednesday of the Persian calendar year, people across Iran celebrated this Persian tradition, @Mojahedineng reports.https://t.co/LXOC4Iepy4

“In Rasht, Resistance Units, the network of the MEK inside Iran, posted printed slogans on walls,” MEK added. “‘Death to Khamenei. Death to Raisi, the butcher of the 1988 massacre. Viva Rajavi. Long live freedom,’ the posters read.”

People throughout Tehran and its suburbs, such as Ghaleh Hassan Khan and Shahr-e Ray, as well as Kermanshah, Qom, Zanjan, Isfahan, Azerbaijan, and even inside the notorious prison of Evin, marked the Fire Festival with anti-establishment activities and shouts.

While jumping over the fire, political prisoners screamed “Death to Khamenei” and “Death to the tyrant.” On March 15, the opposition group National Council of Resistance of Iran (NCRI) stated, “The State Security Force put 20,000 of its soldiers on alert in Tehran alone.” “During the Fire Festival, defiant youth in Tehran and cities around Iran set fire to portraits and dummies of Khamenei and Khomeini, chanting, ‘Death to Khamenei, death to the dictator, hail to Rajavi.'”