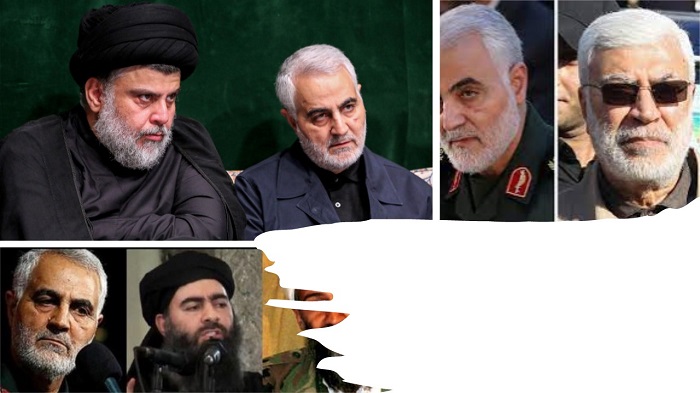 Many Iranian authorities warned about exacting ‘cold-blooded’ revenge on the second anniversary of Qassem Soleimani’s assassination. They sold and introduced Soleimani as a national hero and the sole individual who confronted and defeated terrorism in the Middle East through coordinated propaganda.

The regime’s president, Ebrahim Raisi, made the most absurd allegation, saying: “While mispronouncing the word strategic as a strategist, he said:

“The then-US president, who ordered Martyr Soleimani’s assassination, must stand trial and face retaliation, and God’s judgement must be carried out on him.” If a mechanism is established for Trump, Pompeo, and others to be tried in court and punished, so be it, or else the nation’s sleeve will be pulled.”

Legal steps in the nuclear programme

“In the face of the approach and policy of negotiation and maximum pressure, Iran has the ‘maximum acceleration equation’ on the agenda in all areas.” This maximal acceleration encompasses regional dimensions, eastward diplomacy, national and international economic rejuvenation, scientific and military capabilities, and other areas, in addition to legal steps in the nuclear programme.”

Why is the regime taking such a stance, one would wonder? What does it gain by spreading such lies about a man who is despised by the public and is well-known for his crimes and terrorism in the Middle East over the years?

People’s protests and upheavals are now lurking in the shadows of the regime. Society is in a precarious position, and it could blow up at any moment. This is such a significant issue that Raisi was forced to accuse the regime’s unification officials of “system preservation” when alluding to Soleimani’s testament:

“According to Qassem Soleimani’s testament, today the preservation of this system in the name of the Islamic Republic is safe if this tent remains. If this shrine is damaged in any way, you should be aware that other shrines are also in jeopardy, therefore endeavour to preserve the Islamic system.”

None of this propaganda will be able to save the regime

Furthermore, the regime’s impasse in the Vienna nuclear talks and its refusal to comply with counterparts’ demands to lift some of the punishing sanctions or face the repercussions of defying them. In this context, the state-run newspaper Mostaghel reported on December 4:

“Based on the evidence, it appears that Iran’s motives and goals for the nuclear talks at this stage have changed in such a way that a clear vision for the talks’ success cannot be imagined under its influence.” The Iranian authorities appear to be in a situation where negotiations will enhance the possibility of asset loss, as is customary.”

Although none of this propaganda will be able to save the regime, experts say it is like playing with fire. Praise for the late Soleimani and threats of “hard revenge” will neither scare disgruntled citizens nor impact the outcome of the nuclear talks.