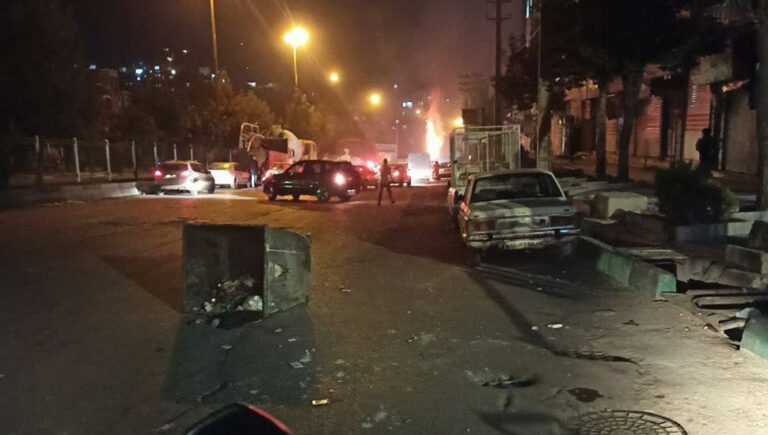 On Monday, the Iranian people continued their nationwide uprising for the 67th day, following the death of Mahsa Amini, a 22-year-old woman arrested by morality police in Tehran on September 13 for allegedly violating the country’s strict dress code for women. Protests erupted in response to the event, which has since spread to at least 243 cities.

According to sources from the Iranian opposition People’s Mojahedin of Iran (PMOI/MEK), the regime’s forces have killed over 625 people and arrested over 30,000. The MEK has released the names of 485 protesters who were killed.

Monday began with large funeral ceremonies for locals killed by the regime’s security forces in the Kurdish cities of Saqqez, Piranshahr, Dehgolan, Javanrud, and Kermanshah. Funerals and mourning ceremonies for recent victims of the regime’s brutality, on the other hand, are being targeted by regime forces, resulting in growing anger among Iranians across the country.

Regime Supreme Leader Ali Khamenei dispatched military and security units into Mahabad with helicopters, armored vehicles, and heavy weaponry to quell the locals’ escalating protests in recent months. Locals were seen being shot at by regime forces, and activists reported that security units were firing live bullets and tear gas into people’s homes.

Activists in Javanrud have already reported dozens of deaths and injuries after security forces opened fire on locals on Monday morning. Video footage from the scene shows people fleeing and heavy gunfire, with some activists reporting that the regime’s forces are using 12.7mm DShK heavy machine guns against the defenseless locals. Hospitals in this city are in desperate need of blood as the number of injured people, many of whom are in critical condition, continues to rise.

Similar incidents have been reported in the northwest Iranian city of Piranshahr, where regime forces, including IRGC units, are opening fire on defenseless civilians. On Monday morning, people in the city of Bushehr took to the streets, rallying outside the regime’s provincial governor’s office and chanting “Death to the dictator!” in reference to Khamenei. Regime security forces opened fire on their ranks and used tear gas.

Protesters attacked a regime administrative building in Miandoab, northwest Iran, whose authorities have been permanently closing the shops of store owners who have recently gone on strike. People attending the funeral of Arman Emadi, an anti-regime protester killed by regime security forces, began chanting anti-regime slogans such as “We will fight and take back Iran!” and “The IRGC is our ISIS!”

Merchants and store owners are continuing their general strike in cities throughout Iranian Kurdistan, including Saqqez, Kamyaran, and Marivan. At the same time, students staged protests in cities such as Tehran, Sari, Sanandaj, Shiraz, and Hamedan. In Shiraz, students at the University of Arts created red paper boats in memory of the protesters killed. Kurdistan University students in Sanandaj expressed their solidarity with the people of Javanrud by chanting, “Javanrud is not alone! Sanandaj is rooting for you!”

I urge the UNSC, EU, to take immediate measures to stop the ruling regime’s massacre of the people of #Mahabad, including comprehensive political – economic sanctions, blacklisting of IRGC and MOIS, & expulsion of their operatives and agents.pic.twitter.com/eaDNtnu1zh

“I urge the United Nations Security Council and the European Union to take immediate measures to stop the ruling regime’s massacre of the people of Mahabad, including comprehensive political-economic sanctions, blacklisting of the IRGC and Ministry of Intelligence and Security, and the expulsion of their operatives and agents,” she emphasized.