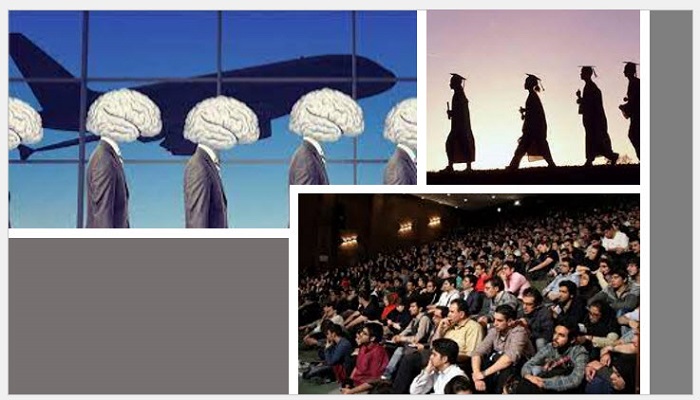 The Iranian regime’s state-run daily Etemad published an article titled ‘They are gone forever on August 29, highlighting the critical situation of ‘brain drain’ in Iran.

“Countless unfulfilled promises of governments about reforming and solving political, economic, and social challenges, improving the living conditions of citizens in the country, ending economic corruption and rent-seeking, and social and economic discrimination at all levels of society are among the most important reasons for the decision of a large number of physicians to leave permanently,” Etemad wrote.

“In the last three years, the number of requests by doctors for professional approvals from the medical system organization has increased to more than 4,000 per year,” Etemad added. This tripling in three years demonstrates that the conditions that drove a group of the country’s elites to emigrate have worsened. As a result, medical graduates prefer to face the difficulties of leaving their hometowns.”

The lack of specialist physicians for the country’s remote regions and cities is a clear indicator of the regime’s incompetence. Due to a shortage of doctors in remote areas, there is talk of a plan to employ non-native doctors, which the Etemad daily referred to as a “mandatory plan,” in which the doctors would be required to serve in remote areas for at least two years.

People in these areas are primarily affected by a lack of safe drinking water, established roads, and standard infrastructures such as internet and cell phone networks.

According to the regime’s Ministry of Health, among medical graduates who have emigrated in the last ten years, “A very small number of about 2000 people, and less than 15%, have requested to return to the country, and of course, for those who wanted to return, there were no incentives and facilities provided.”

Worse, the regime has decided to meddle in the private lives and decisions of these elites, despite the fact that it has no solution to the mass emigration of these people.

As reported in the Etemad daily, the regime’s Ministry of Health’s Vice-Chancellor of Education announced in early August the re-implementation of the document restrictions plan for physicians who chose to migrate abroad.

This statement reads, “Applicants for education at their own expense abroad will not be issued graduation certificates until they have finished their planning period in the selected areas, unless they pay large guarantees of over 200 million rials, or in the form of property documents. They will only receive educational documents and a temporary medical certificate after committing to serve after graduating from a foreign university.”