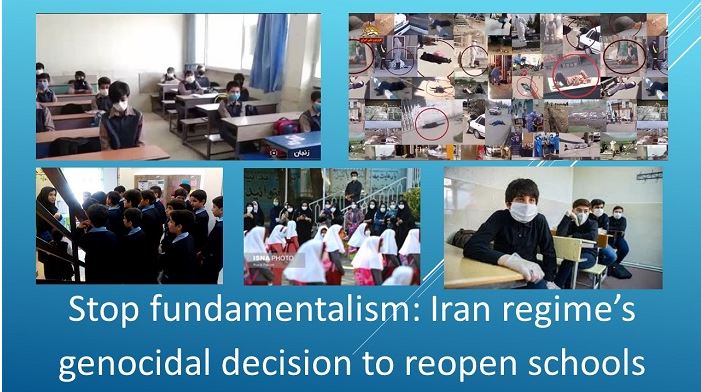 After months of negotiating over the position of education minister, Iranian regime President Ebrahim Raisi ultimately named Yousef Nouri, a Revolutionary Guards officer, as the new education minister, completing his cabinet of terror, and receiving a vote of confidence from the regime’s parliament.

The Raisi administration, which was promoted by the regime’s supreme leader Ali Khamenei as the young Hezbollahi government, has now revealed that its sole objective is to crush the people, as we have witnessed in recent rallies. Meanwhile, regime operatives shot civilians with pellet guns, which are often used for hunting birds, last week.

The authorities have given him new titles

According to dissidents, the authorities have given him new titles in order to make him more palatable and tolerable. For example, the Tehran Beheshti University of Medical Sciences and Health Services’ “Management of NGOs and Charities.” Another subject that has piqued someone’s interest is what a charity has to do with the country’s education.

Nouri has also served as a director of the IRGC’s looting and plundering foundations, the Khatam al-Anbiya camp, and the Foundation of Martyrs and Veterans Affairs, as well as the Khatam camp’s representation in the government and the regime’s parliament, for many years.

The parliament has decided

“The parliament has decided to vote for you,” a lawmaker from Nishapur remarked in a parliament session.

“We must turn education into Qasem Soleimani Educational School and educate supreme leader loyal students,” this new minister remarked in parliament, revealing his inhuman and dangerous nature for the country’s future, which is its children.

“The Higher Education Council,” he continued, “acted completely passively against the 2030 document’s influence.” The few Iranian authorities who have signed the 2030 educational manifesto should be aware that they will have no role in education.”

The United Nations’ 2030 Agenda for Sustainable Progress, which includes 17 Sustainable Development Goals and 169 goals, emphasizes people’s and world development in a peaceful and free environment, which is in direct opposition to the character of this ‘Pasdar’ (IRGC officer) and his dictatorship. In 2019, Khamenei vehemently rejected the document, and in September of this year, Raisi effectively abolished it.

Because of the country’s dire position, particularly following the November 2019 protests, such a combination of people for the government was unsurprising. A slew of mass murderers, corrupt officials, and criminals.