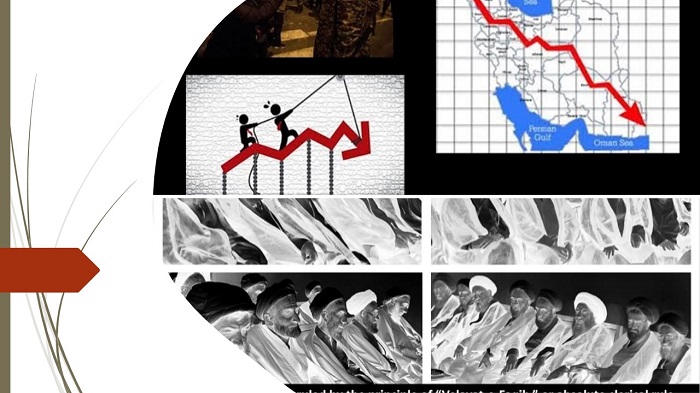 The total volume of scientific and engineering product exports has plummeted from $6 billion to $200 million in just a few years, according to Mohammad Khansari, Chairman of the Tehran Chamber of Commerce.

In a healthy economy, such exports replenish the country’s currency reserves and establish monetary balance. As a result, states attempt to achieve a balance in their international trade by prioritizing exports over imports.

China, for example, is seeking to keep the value of its currency low in order to boost exports, which is an unusual strategy.

The treasury is now exhausted

Government corruption and mismanagement, on the other hand, have wreaked havoc on the Iranian economy. The clerical dictatorship used the majority of the money it obtained as a result of the 2015 nuclear deal to fund its detrimental and destructive activities, while a large portion was embezzled by corrupt officials.

In the end, none of the cash was used to assist a large number of regular people. The treasury is now exhausted, and the sanctions’ consequences have been aggravated by such egregious mismanagement and corruption, widening the wealth gap to unprecedented proportions.

The regime had little to offer the people even before the sanctions, and the country’s main exports were oil and a few other basic commodities, largely to neighboring countries.

This comes as the regime faces challenges such as a rapidly rising budget deficit, significant inflation, a sharp depreciation of the national currency, and widespread poverty.

Another key concern in the country’s economy is unequal wealth distribution. As a result, many people and small businesses have been deprived of the opportunity to contribute to the country’s exports.

These are institutions that have created a big capital outflow by investing freshly acquired funds in foreign companies. As a result, the regime’s already destitute treasury is under pressure from a growing budget deficit.

“We’ve always had a budget deficit, which is one of the most critical elements in the country’s economy,” Khansari continued, “which means that for the last 40 years, income has been less than expenses.”

“If this happened to a firm or a family, the company would go bankrupt and the family would be homeless, but governments waste resources, and people become poorer by the day.”