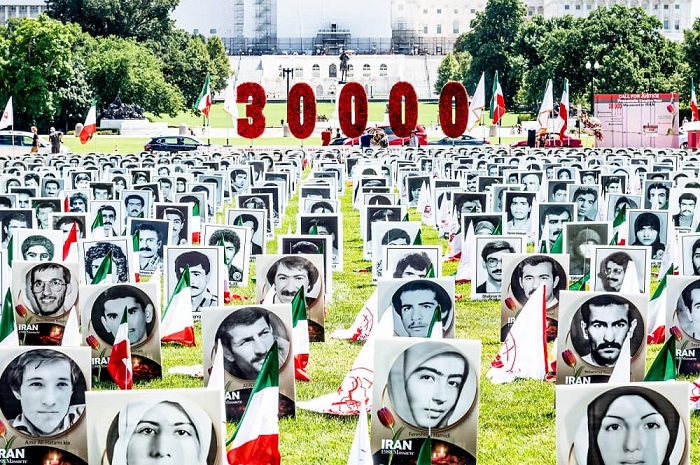 The general atmosphere of repression has gotten worse across Iran ever since the Supreme Leader of the regime, Khamenei, named Ebrahim Raisi as the new president. Naturally, this results in events like mass arrests and the quick imposition of the death penalty. However, the regime’s repression of dissent also has a foreign policy component, and this has proven crucial in the face of numerous uprisings over the past few years.

The first of these, in January 2018, prompted Khamenei to give a speech in which he acknowledged the People’s Mojahedin of Iran’s (PMOI/MEK) significant role in orchestrating the widespread protests. Since then, there have been concerns about the MEK’s expanding influence, which have resulted in attacks on both its global members and affiliates as well as its “Resistance Units” inside Iran.

Authorities in Albania foiled a plan to use a truck bomb to attack the MEK compound there in March 2018. And in June, several European law enforcement agencies discovered a plot to sabotage and bomb a global rally that the NCRI had organized close to Paris.

Due to credible threats of an attack by Iranian intelligence agents, Albanian authorities forced the MEK to postpone a planned rally at Ashraf 3 in the middle of July this year. The execution of search warrants issued by an Albanian court with expertise in organized crime, which later disclosed that it had been looking into a local Iranian intelligence and terror network since the time of the 2018 bomb plot, was a major factor in the disruption of those threats.

Raisi is a mass murderer and a key member of the #1988massacre of political prisoners in #Iran
UN is not a place for mass murderers#NoVisa4Raisi#VictimsOfTerrorism pic.twitter.com/u5c9FOAaKi

The US Department of Justice unveiled its case against Shahram Poursafi, an officer in the IRGC who had unintentionally discussed his plans to have former US National Security Advisor John Bolton assassinated, earlier this month, underscoring the seriousness of those threats. According to reports, former US Secretary of State Mike Pompeo was included in Poursafi’s future plans, along with possible others.

Therefore, it is simple to understand that the dangers to their lives are due to the same causes as the schemes to attack Ashraf 3. These include the rise in nefarious actions linked to the Raisi administration and the silence of the West regarding these actions.

Sadly, the current wave of terrorist threats has only served to amplify that silence. On August 12, a supporter of the Iranian government and the IRGC stabbed author Salman Rushdie at a Western New York literary event.

Ebrahim Raisi and his cabinet are “the embodiment of four decades of mullahs’ religious dictatorship and terrorism,” #Iran #ProsecuteRaisiNow #1988Massacre pic.twitter.com/SXYqc13lfL

Even after Tehran defended and applauded that attack, efforts to re-establish the Iran nuclear agreement went forward in the absence of any new Western demands or objections. The invitation for Ebrahim Raisi to speak at the UN General Assembly next month remains in place despite recent terrorist threats and the general uptick in Tehran’s nefarious activities, which is perhaps the most alarming development of all.

If these plans proceed as planned and Raisi is given a visa to travel to New York, it will give an unjustified sense of legitimacy to a criminal whom his own people have roundly denounced as a “butcher” and it will once more strengthen the sense of impunity that led that criminal to oversee a rise in threats and human rights abuses not only in his own country but also around the world.