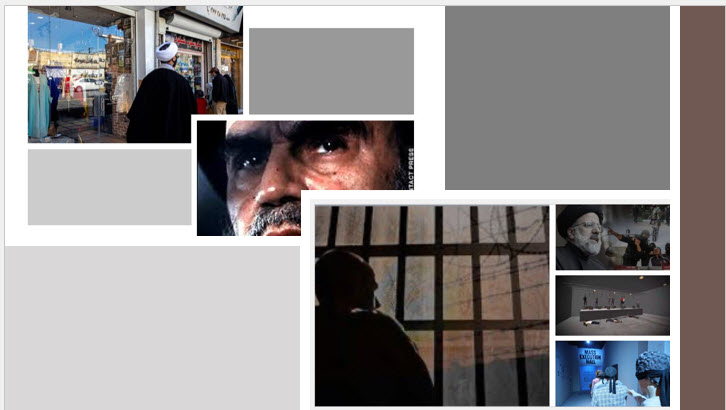 Ruhollah Khomeini, the founder of Iran’s theocratic system, has continued to abuse people’s freedoms and rights under the guise of religion and Islam. The Shah’s harsh practices, which were briefly suspended by the revolution, including violations of freedom of expression, arrests, imprisonment, and torture of dissidents, were resumed under Khomeini and the current regime’s supreme leader Ali Khamenei, albeit in different methods.

To quell rising domestic unrest, Khamenei has repressed public protests. During the November 2019 unrest, his regime’s repressive forces killed 1,500 peaceful demonstrators and imprisoned 12,000 others. Executions of dissidents and demonstrators have increased in frequency and have tragically become the norm. Critics and dissidents from all areas of life are risking lengthy prison sentences based on fabricated allegations such as national security violations. Censorship and freedom of expression are strictly enforced in all areas, and security forces rigorously monitor online.

Iran has earned a reputation as the world’s worst offender of human rights during Khamenei’s rule. This is an issue that government officials, including President Ebrahim Raisi, are proud of, as they were responsible for the massacring of 30,000 political prisoners in 1988 and continue to boast about it. Fearful of protests and upheavals, Khamenei has stepped up the killings to create a fearful mood in society. Last week, 12 convicts were hanged over the course of two days, bringing the total number of reported executions to at least 45 in a month.

Mohammad Jomeh Mohammadi was executed on January 18 after 20 years in prison. Those who attended Mohammadi’s funeral in Izeh expressed their displeasure with Khamenei’s decision to put an end to his life. On the same day, five more inmates were killed. In Khorramabad, Eqbal Mostofi and Houshang Khanmohammadi were hanged, while in Ilam, Hamed Manouchehri, Sobhan Shohani, and Mohammad Karimnejad were hanged. Idris Gomshadzehi, a Baluch citizen, was hanged at Zahedan Prison the next day, while Parviz Akbari Rad, Jamaleddin Gorgich, and Dadshah Sarani were hanged in Zabul Prison, and Ali Yazdani and Ishaq Mohammad Amin were hanged in Rasht and Isfahan Prisons, respectively.

According to Amnesty International, Iran alone was responsible for half of the world’s documented killings in 2020, with 246 recorded executions. Teenagers, women, ethnic and religious minorities were among those executed. Despite signing the UN Convention on the Rights of the Child, Iran’s dictatorship has made no attempt to amend the country’s penal code, which allows juveniles to be executed.

Defendants are often denied access to counsel in Iran’s legal system, and political prisoners are denied fair trials. Defendants are forced to confess to the claimed crimes due to a lack of legal formalities in the country and a large number of coerced confessions obtained through physical and mental torture.

Human rights advocates and political analysts say Tehran is attempting to scare the populace by increasing the number of executions and sending a message that any opposition would be dealt with harshly. In these circumstances, Western nations must prioritize respect for human rights in their dealings with the Iranian leadership. Any commercial or other links must be based on the cessation of executions and torture, as well as respect for the Iranian people’s fundamental liberties.

As the highest official of the clerical regime, Khamenei is the main figure responsible for human rights violations in Iran.
This includes the execution of 120,000 members of opposition groups mostly MEK, the massacre of 30,000 political prisoners in 1988, torturing and imprisonment of thousands of dissidents who were mostly members and supporters of the Iranian opposition People’s Mojahedin Organization of Iran (PMOI/MEK),