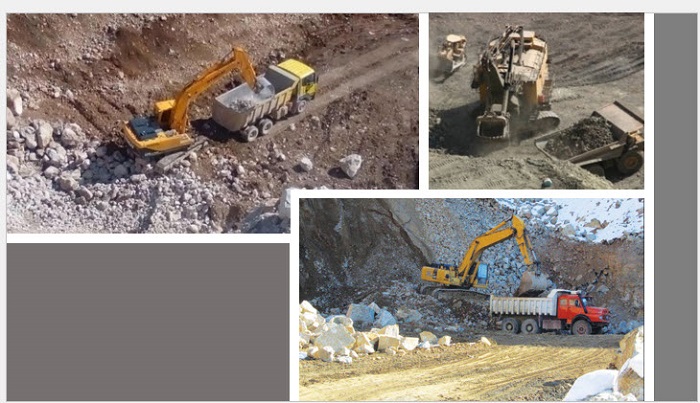 According to official statistics, Iran’s mining industry is experiencing a significant recession and a sharp decline in financial indicators. Experts estimate that the nation’s discovered mineral reserves total at least 43 billion tons, but as of right now, close to 40% of the nation’s mines have been closed.

The shutdown and recession started in the past decade and have persisted, according to a post on the Iran Kargar [Workers] website on July 10. The country’s mines have grown at a negative or nearly zero rates for the past ten years.

The website continued, “Despite its potential, Iran’s mining sector is in terrible condition. In terms of a variety of mineral reserves, the nation is currently ranked 10th out of the top 15 nations in the world.

For the first time, 40 percent of the nation’s mines are currently closed, says Bahram Shakuri, a representative of the mining industry in the chamber of commerce. In an interview with the semi-official Fararu website, he also criticized the officials for failing to lift international sanctions despite previous promises.

He said, “The increase in sanctions has caused the active part [of the mining sector] to become half-dead and does not work at its full capacity. One of the sectors that the petroleum industry could take over if given enough support is the mineral industry. However, abandoning the projects prevents this goal from being realized.”

For additional revenue, the Iranian regime routinely places unreasonable pressure on contractors, which drives many contracting firms out of business and results in the closure of numerous mines throughout the nation.

Not only the miners but also, other relevant employees like engineers, transformation workers, etc., have lost their jobs as a result of the closure of these mines. Miners have frequently protested the destructive policies of the Iranian regime in recent months, requesting that authorities set aside sufficient budgets to permit the reopening of mines so they can resume their operations, but their requests have been ignored.

The Tehran Chamber of Commerce’s deputy chair of the Mine Commission, Sajjad Gharghi, stated, “Right now, we have about 12,000 licenses for mine exploitation. However, as per the Ministry of Industry, Mines, and Trade’s official statistics, there are only 5,600 active mines.

Gheorghe also acknowledged the unfeasibility of the regime’s laws and export taxes. He added that one of the primary causes of uneconomic exploitation was equipment depreciation, saying, “One of the main challenges in the mining sector is that 80 percent of mineral operations are carried out through equipment. However,

The policies of the Iranian government over the past 43 years have had disastrous effects on the nation’s mining industry. The fate and living conditions of thousands of miners and their families are still unknown, in addition to the appalling conditions in the mines

By giving thousands of mines to the “private sector,” which is dominated by officials’ off-duty relatives, the government has left the future of the industry unclear. According to observers, the inability of Ebrahim Raisi’s cabinet to address the basic needs of miners presents a significant obstacle for the entire theocracy.