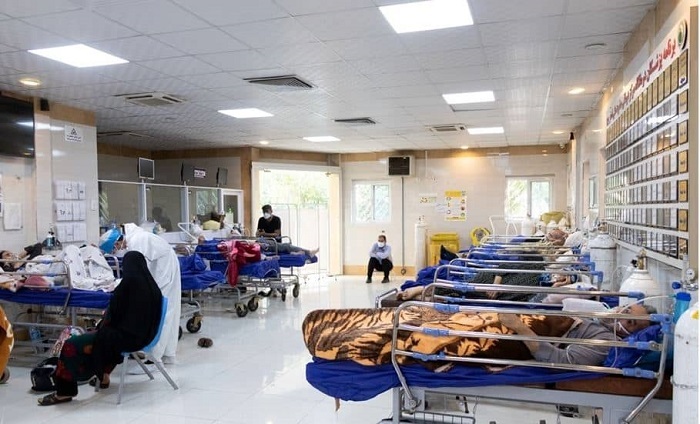 In accordance with a top Iranian expert, the number of daily fatalities could potentially triple as a result of the seventh coronavirus wave in this country.“The deaths can reach triple digits yet forecasting the exact timing is difficult. It is possible for the death to toll to triple, and we need to take into consideration the fact that currently, the number of deaths we are reporting are of those individuals who have been confirmed to have contracted Covid-19.

“Unfortunately, we lack active pathology measures to identify those who have contracted the disease. Our tests are very few in number per person. However, we can now say that the epidemic trend is increasing, and we should focus on minimizing the peak’s height, starting the decreasing process as soon as possible, and reducing the extent and amplitude of the peak.

This means that the timetable of the extent should be very short from the beginning to the end of the peak. This is what some countries have done, and while a new peak is possible, the height and extent of that peak are minimized,” Soury added.

“Covid has experienced many ups and downs in recent months, particularly since April. In April and early May, we even had a small peak with a low elevation. However, because we lack an active pathology process and are primarily concerned with the number of people hospitalized and the death toll, the changes in the epidemic are not as visible.

“Unfortunately, during the 30-month pandemic, our country was consistently among the top 10 to 15 countries in the world in terms of deaths and other issues related to the illness per capita. It shouldn’t be this way,” Soury concluded.

According to reports tallied by the Iranian opposition People’s Mojahedin of Iran (PMOI/MEK) as of April 8, over 530,000 people had died of the novel coronavirus in 547 cities spread across all 31 provinces of Iran.

One of the main reasons for Iran’s extremely high number of coronavirus casualties is the regime’s deceptive measures to keep true figures hidden. Officials in Iran also refused to declare the start of the pandemic, leaving the population defenseless in the face of the virus. This resulted in the virus rapidly spreading across the country and continuing waves to this day.