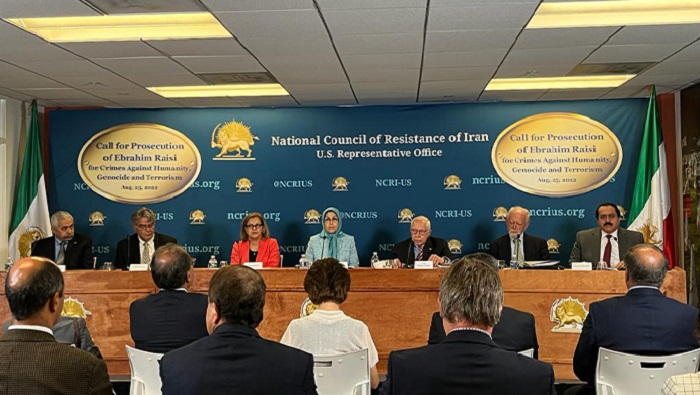 On Thursday, the Iranian opposition coalition National Council of Resistance of Iran (NCRI) announced a New York lawsuit against Iranian regime President Ebrahim Raisi, urging US authorities to deny him a visa and take action against him.

The NCRI lawsuit charges Raisi with torture and murder for his direct role as a member of the regime’s notorious “Death Commission” during the summer 1988 massacre of political prisoners across Iran, specifically in Tehran’s Evin Prison and Karaj’s Gohardasht Prison, just west of the Iranian capital.

This civil lawsuit, like previous complaints filed in England and Scotland, claims that in 1988 Raisi was one of four officials who directly ordered thousands of executions and tortures of members of the opposition People’s Mojahedin of Iran (PMOI/MEK). During the mass executions, over 30,000 political prisoners, mostly MEK members, and supporters, were hanged. The MEK is a key member of the NCRI coalition.

It is “beyond doubt” that Ebrahim Raisi, as a deputy state prosecutor for Tehran province, was a member of the death commission, according to Steven Schneebaum, the lead attorney in the lawsuit, at the NCRI’s Washington press conference.

“Raisi has not denied his participation [in the 1988 massacre], and in 2018 he was quoted as saying that the murders committed at the direction of the Death Commissions were ‘one of the proud achievements of the system,'” said former US Attorney General Judge Michael Mukasey at the NCRI press conference. “Diplomatic immunity is not synonymous with diplomatic impunity.” “Even diplomatic immunity has limits,” Judge Mukasey stated emphatically.

According to the lawsuit, Amnesty International and US sanctions declarations accuse Raisi of complicity in the 1988 massacre. The suit seeks monetary damages from the regime for torture, extrajudicial killings, genocide, and crimes against humanity.

For starters, Raisi is not a United Nations-accredited diplomat, according to Schneebaum. While Raisi is the regime’s president, the mullahs’ Supreme Leader Ali Khamenei is the actual head of state.

Ms. Sheila Neinavaie, who was arrested in Iran in 1981 for supporting the MEK, gave a moving testimony about her experiences during the 1988 massacre, emphasizing that “now is the time for justice and accountability.”

“I was one of the few survivors. When I returned to my solitary confinement, I discovered that most of the people I knew in the prison had been hanged, and the prison, which was full when I arrived, appeared deserted and empty…When I was fleeing Iran, I felt obligated to echo the voices of my fellow inmates and those who did not survive,” Ms. Neinavaie explained.

If US authorities accept the arguments presented in the NCRI lawsuit, Raisi could be served with a warrant if he attends the UN General Assembly, which begins on September 13.