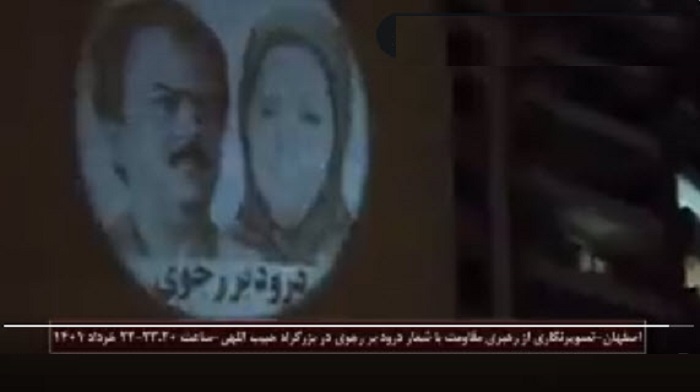 The Iranian regime had previously attempted to portray the People’s Mojahedin of Iran (PMOI/MEK) as completely non-existent, consistently claiming in its official propaganda that it had destroyed 90% of the group and that what was left was wilting in exile. This story served the purpose of portraying the regime as unchallenged and devoid of significant opposition.

Four notable individuals were invited by the Iranian opposition to Ashraf-3, the MEK’s base in Albania’s Manez region, over the course of the previous five weeks. These dignitaries expressed their solidarity with the people’s 43-year-old struggle and support for their resistance to oppression. Former US Secretary of State Mike Pompeo visited Ashraf on May 16, 2022, and he expressed support for the Iranian Resistance.

“The things you have suffered in the name of freedom remind us of what our country was founded on to defend and secure so many years ago,” he said in reference to Iran’s resistance. And being with you is special; it’s special to be here. Additionally, I would like to acknowledge President-elect Maryam Rajavi. The National Council of Resistance of Iran (NCRI) is laying the foundation for a free, independent, and democratic republic in Iran under her leadership.

He emphasized the shortcomings of US policy toward the Iranian regime, saying: “Now, to correct the Iran policy, regardless of who is in the White House, it is a necessity for the U.S. administration to reach out to the Iranian Resistance and take advantage of its tremendous capabilities. One of these areas to concentrate on is Ashraf 3.

On June 6, 2022, Ms. Kira Rudik, a Ukrainian MP and the head of the political party Golos, paid a visit to Ashraf. She is one of the well-known women who is echoing the voice and struggle of the Ukrainian people in their struggle against the invasion of their country.

“It is a privilege to meet you and to learn first-hand about those who have fought this long and arduous battle and have come to represent the Iranian people. We are fighting for freedom, independence, and a democratic nation, just like the Mojahedin Organization,” she said.

And it’s obvious that they are getting stronger every day while the regime is getting weaker. Your Resistance Units’ dedication to Iran’s citizens’ freedom, democracy, and respect for human rights. Finally, on June 26, 2022, Mrs. Maryam Rajavi met with Sir Richard J. Roberts, 1993 Physiology or Medicine Nobel Prize winner.

His speech included the following quote: “What I have done has been tiny in comparison to the efforts you have made, by the courage you have displayed, by your steadfast defense of freedom, by your desire to establish a true democracy in Iran.”

The consensus among all speakers was that the Iranian opposition has a legitimate right to oppose the dictatorship.

The regime has been forced to come up with a plan to establish a passive defense organization on June 26, 2022, as a result of the severe blows that Resistance Units have dealt with it. They initially did not take the Resistance Units seriously, and in some cases, their media even made fun of them, especially the women who had enlisted in the Resistance Units. However, the regime is facing an organized opposition that is growing in popularity and capable of organizing an overthrow effort. This explains the irrational response of the ruling theocracy.