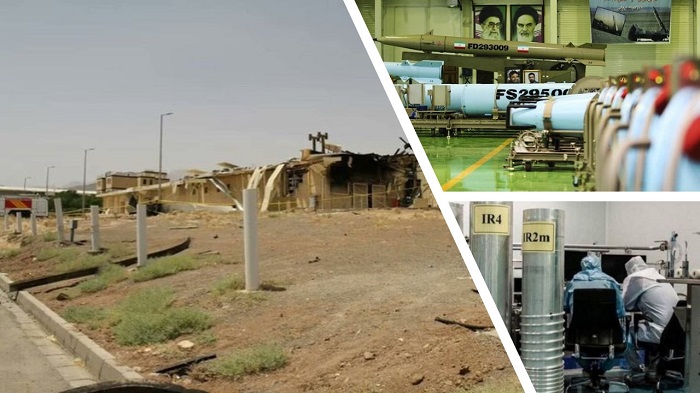 Following many disputes between the Iranian regime’s Ministry of Intelligence and Security (MOIS) and the Revolutionary Guards (IRGC), the dictatorship has decided to develop a new entity known as the “Command Corps for the Protection and Security of Nuclear Centers.”

In responding with the assaults on the regime’s nuclear installations, each of the regime’s security and military groups accused their counterparts of demonstrating weakness and negligence. As a result, the regime decided to build a new organization in order to address the security breaches, in the hopes of preventing further attacks.

However, what the regime fails to recognize is that security breakdowns are the result of the regime’s repressive and destructive nature, which has driven many of its own elements to refuse to perform their tasks and utterly disregard the regime’s security.

The regime’s media and officials have expressed their security concerns in a number of statements. Iran is suffering from “security infiltration,” according to Mohsen Rezaei, the country’s current Vice President for Economic Affairs. Iran has become a “spy heaven,” as per Alireza Zakani, the current mayor of Tehran. The regime’s former chief of the Atomic Energy Organization, Fereydoon Abbasi, revealed the regime’s nuclear facilities had been subjected to many attacks and acts of sabotage.

The IRGC-affiliated Mashreq News website criticized the regime’s Ministry of Intelligence’s performance and called for control of such sections to be taken “out of the management of governments,” while the state-run news agency Fars demanded that “the security of nuclear facilities be handed over to the IRGC.”

Furthermore, there has been suspicion concerning the new organization’s establishment. While some regime media outlets have claimed that this decision was made in response to several attacks on the regime’s nuclear facilities and senior nuclear experts, the regime’s intelligence organizations have demonstrated significant weaknesses in preventing such harm.

The following events are just a few of the blows that the regime has experienced as a result of its security deficiency, and they provide an in-depth look into the regime’s decision to build this organization: The theft of a laptop containing military dimensions of Iran’s nuclear program in 2005, the revelation of Fordow underground facilities in 2009, the ‘Stuxnet’ virus attack against Natanz in 2010, the assassination of key nuclear scientists in 2006-2011, the theft of the Iranian nuclear archive, and the revelation of Torquzabad, Jaber Eb, and other sites by the People’s Mojahedin of Iran (PMOI/MEK) in 2002.

Longstanding clashes between the #Iranian regime's Ministry of Intelligence & Security (#MOIS) and the Revolutionary Guards (#IRGC) have resulted in a decision to form a new entity called "Command Corps for the Protection and Security of Nuclear Centers."https://t.co/bFB35Yg2hz

Another motivation for the foundation of this organization is the regime’s desire to continue its clandestine and deadly nuclear program, which aims to develop a nuclear weapon. The government will be able to fill the loopholes and deepen its secrecy with the help of this group, shielding many aspects of its nuclear project from the eyes of the international community.

Regarding the regime’s efforts to rectify the security weakness, right after the formation of this organization, the state-run news agency Fars explained, “The network that wanted to sabotage the Fordow nuclear facility was arrested by the Revolutionary Guards Intelligence Organization. The Nuclear Corps Command, in collaboration with the IRGC Counterintelligence Command, was able to prevent the network from carrying out serious sabotage of the country’s nuclear installations before the Nowruz holiday.”