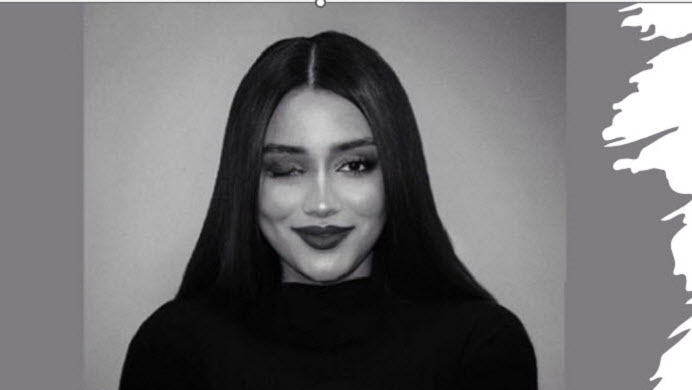 According to doctors and medical facilities, hundreds of victims have suffered severe eye injuries inflicted by Iranian security forces since mid-September,” wrote the New York Times on November 19, 2022.

“The full extent of the injuries in Iran has been largely concealed by an internet blackout there. However, medical evidence provided to The Times by doctors, protesters, patients’ families, and rights groups revealed that hospital ophthalmology wards have been inundated with hundreds of eye-wound victims.

According to eyewitness accounts and more than 80 pages of medical records from various hospitals and clinics, the injuries ranged from mutilated retinas to severed optic nerves to punctured irises.”

The NCRI Women’s Committee recently published a report about the women protesters going blind. Ghazal Ranjkesh, a law student from Bandar Abbas, is one of these courageous Iranian women. When she returned home with her mother on November 15, 2022, security forces shot her in the right eye.

She wrote on Instagram after 3-hour surgery to remove bullets from her right eye, “The last image my right eye recorded; it was the smile of the man who was shooting at me.”Several pellets destroyed her eyeball, eyelid, and a portion of her face.

“Burnt eyelashes with only a few strands left, a small part of my eyelid held together by plastic surgery, a cornea still not in place with forty stitches, and a medical lens!

“These are all left of my eyes, and tomorrow they will have to be drained. They will have to drain the blood for the artificial eye to take their place. “Others might be happy to regain their beauty, but I have a big grudge today.

“It is true that it (my right eye) had no vision, it could not feel the light, and it had lost its beauty; even when I went in front of the mirror, I would open my eyelids and eye with my hand to see inside: I would see a cornea full of stitches and torn in the middle of a sea of blood. I would call it and say, don’t look at me so unkindly; you were always full of love. No matter if it didn’t look at me, I loved it anyway.

“It’s hard to bear a stranger coming and sitting in its place…“But I will get used to it because I survived, and I have to live; “Because I have a story that is still ongoing. Because I still haven’t seen the day that I “must” see, I know it’s close. Very close,” She wrote.