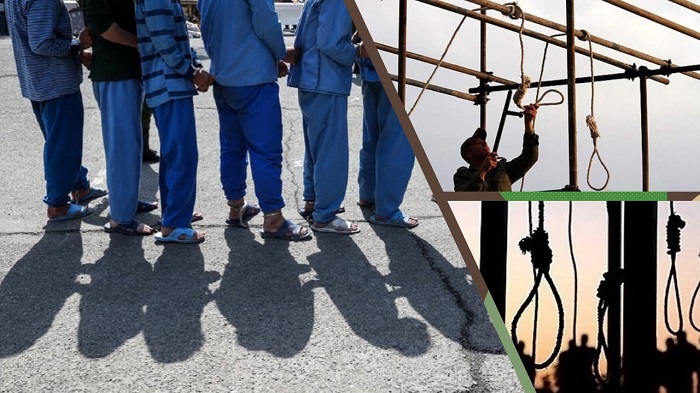 Between 9 and 17 March, at least 19 convicts, including a woman and an Afghan national, were executed in Shiraz Central Prison for murder and drug offenses. 15 more inmates are scheduled to be executed before April 4.

Iran Human Rights (IHR) condemns the executions and urges for a response from the western powers. Director, Mahmood Amiry-Moghaddam said: “The international community should not pave the way for further executions by the government of the Islamic Republic by its silence during the negotiations for the revival of the [Joint Comprehensive Plan of action] JCPOA.”

At least 30 people have been executed in cities around Iran in the previous 12 days, signifying a dramatic increase in the number of executions.

19 prisoners in Shiraz Central Prison have been reportedly executed between March 9 and March 17, according to IHR.

There has been a significant rise in the number of executions, with at least 30 prisoners executed in the last 12 days in cities across #Iran.3#NoDeathPenalty #اعدام_نکنید

On the morning of March 17, two men were executed in Shiraz Central Prison. Massoud Ghoroobi and Gholamhossein Sadri have been identified as the men who were sentenced to qisas (retribution-in-kind) in the same murder case. The two men had been incarcerated for around five years.

“The two inmates had come to Shiraz from Ajab Shir (East Azerbaijan Province) as building contractors,” an informed source said. Gholamhossein was a colleague of Massoud, who worked as a contractor. They laboured for around seven months and only received half of their contract cost, and the building owner was making it difficult for them to get the rest of the money, so after an argument, they attacked him with a piece of iron on the construction site, murdering him.”

Four more inmates were executed at the prison on March 16 in the morning. Ali Sahandi, Mohammad Hossein Sahandi, Sadegh Sahebi, and Bashir Kaboli are the individuals who were all sentenced to death on drug-related charges. They were brought to the prison’s Ward 10 for execution.

“Ali and Mohammad Hossein Sahandi were linked and sentenced to death as defendants in the same case,” an informed source told IHR. They were arrested four years ago and had been behind bars since.”

On the morning of March 13, two men were executed at the prison on drug-related charges. Najaf Anjom, an Afghan national, was one of the men that was executed. He was arrested about five years ago and was also charged with handgun possession.

On March 13, Iran Human Rights reported that four individuals were executed at the prison on drug-related charges, bringing the total number of executions to six.

On March 10, another prisoner known only by his first name, Shahab, was executed at the prison. He was likewise sentenced to death on drug-related charges, and previous to his execution, he had been transported from another prison to Shiraz Central Prison.

On March 9, four Baluch men who had been sentenced to death on drug-related charges were also executed at the prison. Salarzehi, the surname of only one of the males, has been identified.

Between 9 and 17 March, at least 19 inmates were executed at Shiraz Central Prison, none of which were reported by domestic media or Iranian officials.

Sentence Enforcement officials have told 15 other prisoners that their executions will be carried out before the start of Ramadan. Murder, drug offenses, and armed robbery are among the crimes facing death row convicts.