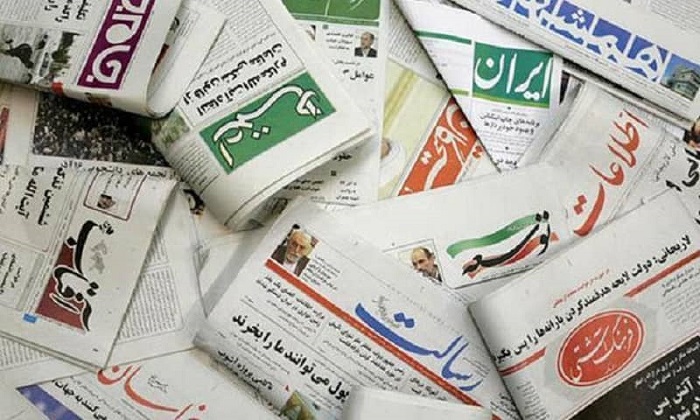 As Iran faces its worst financial crisis in a century, protests are sweeping the country, forcing the regime’s tightly controlled state media to issue a warning to the regime about another nationwide uprising. They also acknowledge that the regime’s disastrous economic policies and corruption exacerbate Iran’s financial crisis.

“Ebrahim Raisi’s government continues to manipulate prices. The state-run Jahan-e Sanat daily admitted on May 17 that the recent price hikes are “like shelling people’s lives and destroying their livelihood.”

Raisi’s government was also warned by the state-run Mostaghel daily on Tuesday that “there is no room for trial and error” and “having hands deeper in people’s pockets.”

Raisi’s government raised prices by abolishing the preferential rial exchange rate, which was previously used to import essential goods. The regime has promised to give people four million rials in subsidies to calm the society, but this will only increase inflation and will not help Iranians as prices continue to rise.

“Given current inflation and the national currency’s continued depreciation, as well as the country’s monetary resources being reduced in coming years, [the regime] will be unable to increase subsidies,” the state-run Mardom Salari daily admitted on May 16.

“This decision will only affect people.” They can no longer bear the financial strain and skyrocketing prices. We must also consider our own safety. People are more likely to protest and revolt as a result of economic pressure. The recent protests in southwest Iran are proof of this, and we must not ignore them,” the paper concluded.

“The government has announced that the prices of some products, such as poultry and flour, will rise, but that the prices of other products will remain unchanged! When did products start taking orders? On May 17, the state-run Alef website wrote, “If orders could control economic factors, the government would have been able to control the dollar exchange rate.”

On May 15, the state-run Eghtesasd-Pouya daily wrote, “I really hope that these rash decisions don’t destroy social capital because that would be dangerous.”

“The government should not put citizens’ tolerance to the test.” The patience of people has a limit. On May 12, the state-run Bahar daily quoted MP Ghasem Saedi as saying, “These measures could cause incidents [uprisings] like those in 2018 and 2019, or even worse because people see their lives threatened.”