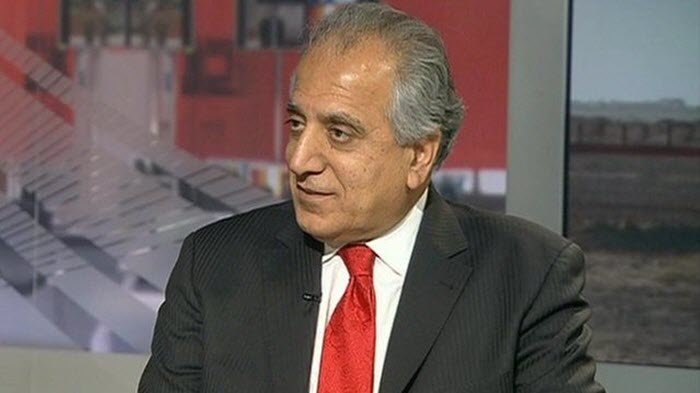 Former U.S. envoy to Iraq, Zalmay Khalilzad, urged the Obama administration to work towards countering the negative influence of Tehran. Writing in the Wall Street Journal (Friday 25th March), he said that it appears that many in Washington DC believe that “Iraq is hopelessly lost to Iran”. He believes the general consensus in Washington DC is to “destroy Islamic State there and develop a special relationship with an independent or semi-independent Iraqi Kurdistan”.

Mr. Khalilzad said that this should of course be done, but not at the expense of abandoning the rest of Iraq. He believes, following recent meetings with Iraqi leaders in Baghdad, that “the country is not lost”.

Although it is true that Iran’s regime has “considerable influence” in Iraq, he said that the complete withdrawal of US forces in 2011 has created a vacuum that Iran and their regional rivals tried to fill, which tore the country apart. Despite the disintegration of the Iraqi army and the rise of Shiite militias to combat Islamic State (aka ISIS) furthering Iranian influence, he said that “many Iraqi Shiite leaders are growing disillusioned with Iran and want to strengthen ties with the US”.

He warned that Iraqi leaders are concerned that “the militias will outlive their useful role against ISIS and become parties to, or instruments in, a Shiite civil war”.

Mr. Khalilzad highlighted that there are a number of pro-Iranian militia groups like Asiaeb Al Haq who want either no or very few relations with the US, however he believes that a majority of Iraq’s Shiites do in fact want good relations with both Iran and America, namely Ayatollah Sistani, the spiritual leader of Iraqi Shiites, and the country’s prime minister. He said: “I even met a few who are hostile to Iran and very friendly to the US”.

He emphasised that Iraq is not lost to Iran and that “today US leverage is at a new post-withdrawal high”. Mr. Khalilzad urged Washington to take this as an opportunity to rebuild influences because the Iraqis want to move forward with balanced regional policy, but with the support of America. He said: “Strong support exists—among Sunnis, Shiites and Kurds—for a renewed relationship with the US. It would be a mistake for Washington not to reciprocate.”