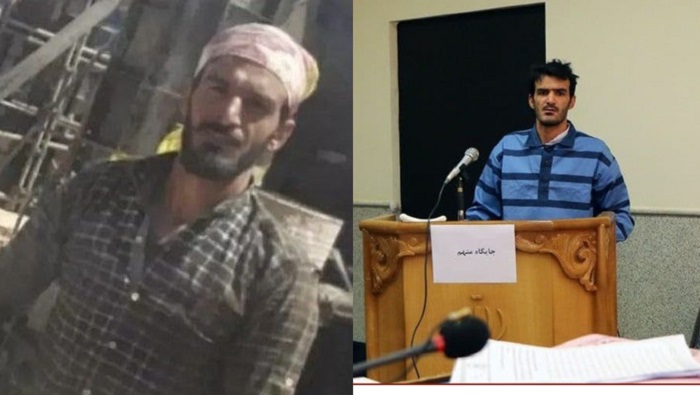 In just 30 days, there have been 54 executions, including 11 on July 23 alone. Iman Sabzikar, a political prisoner, was publicly hanged on this same day in Shiraz, in south-central Iran. This is the first public hanging in two years, a passage in the nightmarish history of human rights abuses committed by the mullahs, and it is included in the Iranian regime’s most recent report card on executions.

Ali Khamenei, the supreme leader of the Iranian regime, referred to the appointment of Ebrahim Raisi as his regime’s president in August of last year as being “full of meaning” because “new individuals have new initiatives.” Additionally, he referred to Raisi as a person who has “revived hopes” in his message for Nowruz (the Iranian calendar New Year) on March 21.

Years before Raisi was appointed, in June 2016, Khamenei had made explicit statements about the nation “having certain tectonic plates” and “if these plates become activated, there will be an earthquake(s).” Since December 2017, these plates have been triggered by growing protests and uprisings, which have since grown into a massive earthquake in November 2019’s nationwide protest, to which the regime responded by massacring over 1,500 protesters.

These remarks by Khamenei about Raisi, who is best known for his direct involvement in the massacre of more than 30,000 political prisoners in the summer of 1988, are eerily reminiscent of the current upsurge in executions carried out by the mullahs’ regime that has engulfed Iran.

According to Khamenei, appointing a “young, Hezbollah government” and electing Raisi as its leader was the best way to defuse the unrest in Iran. This is Khamenei’s final weapon in his arsenal to sow fear among Iranians and stop the social tectonic plates from moving.

The Iranian society, however, has not been silent at all. In fact, there has been a new uptick in the number of public protests, rallies, and uprisings. Major demonstrations against high prices took place in Tehran, Izeh, Masjid Soleiman, Shahrekord, Ardabil, Quchan, Iranshahar, and other cities.

Teachers have taken to the streets in numerous nationwide rallies and gatherings across the country to protest the mullahs’ plundering policies. Authorities have repeatedly observed Iranians defying the oppressive forces used by the regime to put down peaceful protests.

People are constantly heard shouting “Death to Raisi” and referring to the president of the regime as an enemy as we speak. Khamenei’s plan to advance Raisi through the ranks of the regime and, in the opinion of many analysts, prepare him to succeed him as the mullahs’ next supreme leader, has clearly failed.

This outcome of Khamenei’s strategic failure can be clearly seen both inside the regime and among the Majlis’s hand-picked members. Despite Khamenei’s warning that “anyone who makes the people mistrust the actions of the country’s officials is working in favor of the enemy,” Raisi is the target of harsh criticism and is frequently referred to as being incompetent during Majlis sessions. Khamenei’s strategic failure can be attributed to two factors:

Unprecedented hostility in Iranian society and how abhorrently despised the regime is. Iran is frequently referred to as a “powder keg.”An ongoing anti-repression campaign led by the Resistance Units, a group of courageous activists connected to the People’s Mojahedin of Iran (PMOI/MEK), an Iranian opposition group. These actions are energizing the populace and renew hope for the Iranian people as a whole.

In these circumstances, the regime has intensified its crackdown and repression rather than giving in to the justifiable demands of the people. The new wave of executions coincides with the implementation of other oppressive policies in educational institutions, research facilities, and government buildings. The regime wants to instill a culture of intimidation and fear throughout Iranian society.

However, the history of autocratic governments has demonstrated that harsh repression and executions are ineffective measures. There comes a point where such actions not only fall short of quelling the dictator’s concerns but actually exacerbate the social unrest. This is the dangerous phase that the mullahs’ regime currently faces.