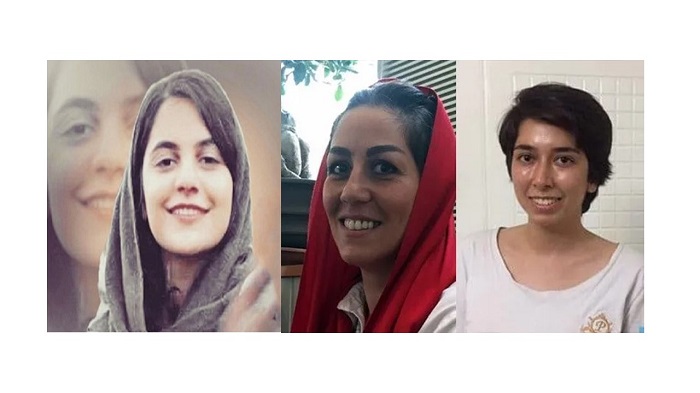 By disregarding the separation of offenses, security and prison personnel are putting more pressure on female political prisoners. Political detainees Saba Kord Afshari and Forough Taghipour in Varamin’s Qarchak Prison and Maryam Akbari Monfared in Semnan’s Semnan Prison have been exposed to pressures, including beatings and denial of medical attention, in recent days.

According to reports from inside Qarchak Prison, an ordinary prisoner attacked Saba in the prison’s corridor about 12:30 p.m. on February 20. She tried to strangle her by grabbing her neck from behind. Another convict came to her aid and saved her. Throughout this time, jail officials did nothing but stand by and watch. They had also overlooked the previous days’ verbal spat between this prisoner and Saba Kord Afshari.

Ms. Kord Afshari is being imprisoned with detainees charged with public and violent crimes, which is a violation of the separation of crimes principle. She has been harassed numerous times in the past.

Forough Taghipour, a political prisoner who contracted Omicron at Qarchak Prison, has been transferred to a filthy and unhygienic facility. She will very certainly get infectious and skin problems. An informed source reported: “In this room, which is called the quarantine, they have spread a filthy carpet, the restrooms and the environment are filthy. Despite her serious state, she is held in a quarantine cell with no access to food or water.

Mrs. Akbari has fatty liver disease, but she is unable to obtain or prepare the meals that her doctor has ordered. Since she is unable to eat prison meals, she has been surviving on bread and cheese for about a year. Prison officials use this leverage to exert as much pressure and harassment on this inmate as possible.

The judiciary has so far refused to reply to any of the political prisoner’s family matters. They also deny being responsible for her exile. Maryam Akbari is being imprisoned at Semnan Prison with regular and violent inmates, in violation of the separation of offenses principle. The Omicron virus outbreak has turned into a disaster in Urmia Prison’s women’s ward. For a few days, dozens of women have been infected with the virus. Their situation has been termed as life-threatening.

The sickness was brought back by two women who had recently returned from leave. The illness quickly spread across the ward. In Urmia Prison’s women’s ward, there are at least 300 female inmates. The patients are housed among the rest of the inmates. Four political detainees have had their health conditions deteriorate more than others. Golaleh Moradi, Senor Khalifani, Senor Tamara, and Somayyeh Qoraishi are their names. Two women were transferred to a city hospital in recent days owing to poor health and then returned to the quarantine ward.