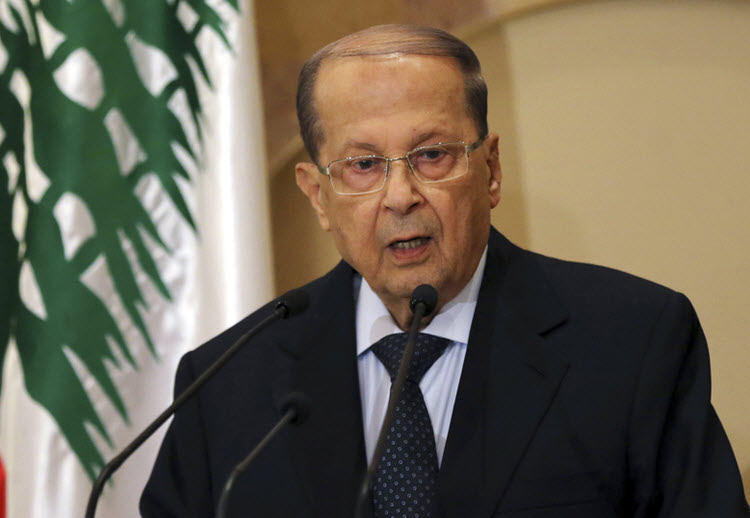 Shortly before a scheduled visit to Cairo, the President of Lebanon, Michel Aoun was speaking in an interview with Al-Ahram news agency. He was asked about the country’s relations with Iran and Turkey. He said: “These countries must maintain special relations because there are many mutual interests.”

He was then asked whether he would have his country serve as a “bridge for a Gulf-Iranian or Arab-Iranian understanding”. President Aoun replied: “Why not? Trying is better (than doing nothing) as at least there is the honor of trying.”

This is a wildly distorted interpretation of the real situation between Iran and other nations in the region. The reality is that the meddling of Iran is not some sort of temporary dispute or misunderstanding that it turning into a media sensation.

Moreover, it is most certainly not a sectarian or Sunni and Shiite struggle that is taking place between Persians and Arabs as portrayed by some news agencies that clearly do not know the depth of the issue. Or at least, it is not what they are willing to report.

If Iran had kept to itself and stayed out of the internal affairs of Morocco, Bahrain or Saudi Arabia, there would be no major issues in these countries. The same can be said for Yemen and Sudan.

The media propaganda in Syria fails to mention that ISIS and the al-Nusra Front are not representative of the majority of the Syrian people.

The reality is that the clerical regime in Iran – an ideological regime – has a dangerous doctrine that permits the suppression (through violent means) of religious and ethnic minorities. On top of this, the Iranian regime supresses, again through violent means, anyone who voices opposition to the regime. It does not distinguish between individuals who are calling for regime change or organised resistance groups such as the PMOI / MEK.

The Iranian regime is fanatical about gaining power. The more it gains, the more it wants. It uses weapons, force and money to endorse and support its beliefs.

The Lebanese Hezbollah does not just have a casual link to Iran. The Iranian regime supports, funds and uses Hezbollah to peruse its ideology and is basically just another branch of the Islamic Revolutionary Guards (IRGC). No matter how much officials in Lebanon try to downplay it, this is the reality.