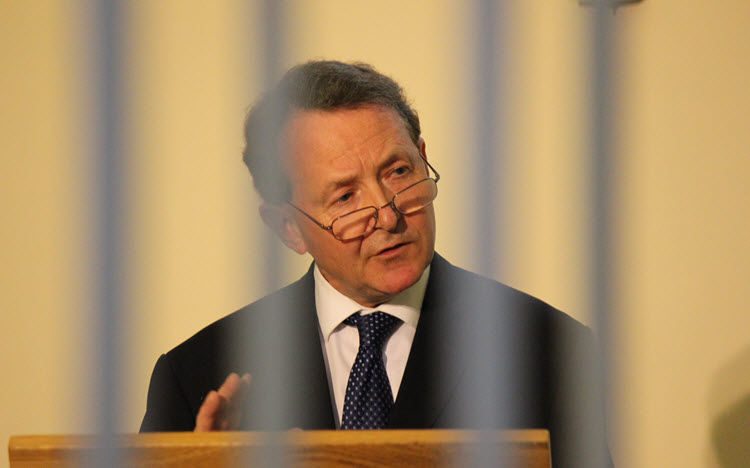 Lord Alton of Liverpool, a Crossbench peer, has claimed that activists in Iran are still in “extreme danger” but acknowledges that they will not be defeated by the violence they are confronted with by the government.

In the article published on 1st June he said that a representative of the Iranian cybercrimes police used state media to boast about how the regime has been able to disrupt peaceful networks on Instagram and other social media. Western media picked up on this and took interest in the cultural battleground “where secular, pro-democratic ideas are aggressively battled by the Iranian regime”.

He said that eight models were arrested for posting photos of themselves in which they are not wearing their “legally mandated” head scarves. Twenty-one other people have pending criminal cases following this same operation named “Spider II”. Some of those “swept up” in Spider II include models, photographers, fashion designers, make-up artists and bloggers.

Lord Alton confirms that the “danger of arrest is omnipresent in the Islamic Republic of Iran if one’s professional or personal activities are out of step with the fundamentalist zealous ideology that the regime mandates for all of its people”. Those who are in particular danger are those who are activists and express dissent while speaking up for injustices.

He highlights the case of Atena Farghadani, a young cartoonist who in 2014 was arrested and sentenced to 12 years in prison. All she did was post a cartoon on Facebook “depicting Iranian officials as animals and protesting laws and policies restricting women’s rights”. Her sentence was eventually reduced to 18 months, but Lord Alton is certain that she has to look over her shoulder “for the rest of her life or until the theocratic regime comes to an end”.

Speaking about the horrendous execution rates in the country, he said that it gets worse. Gholamreza Khosravi was hanged in Rajai Shahr prison for the crime of “enmity against God”, even though his conviction “stemmed solely from his contributing money to a satellite television sympathetic to the Iranian opposition movement, the People’s Mojahedin Organization of Iran (PMOI/MEK)”.

The PMOI, he said, still maintains an extensive activist and intelligence network inside Iran, but is an example of the dangers activists are open to. Around 120,000 PMOI activists and supporters have been killed since 1979. In addition to this, many have had to flee abroad because of the extreme and constant pressure they and their families have had to endure.

However, he highlighted that despite the extreme repression that the Iranian regime exerts, it still has not stopped people in Iran, especially young people, from voicing their opposition. “Some of those expressions are relatively private, as with Instagram modelling. Other expressions are still avowedly public, in the form of labour rights protests and gatherings outside of prisons by the families and friends of the regime’s many political prisoners.”

Outside the country many acts of dissent can be seen. For example, the protests that coincided with recent Iranian state visits with prospective European trading partners. “In one case, the mere plans for this protest compelled the Iranian President Hassan Rouhani to cancel a planned trip to Vienna, lest it face the embarrassment of public exposure for the persistence of human rights abuses.”

He reminds readers that on 9th July the National Council of Resistance of Iran (NCRI) will be holding a major gathering of Iranian expatriates and political supporters in Paris called “Free Iran”. Last year around 100,000 people attended. This year even more are expected, showing that Iranian activism is still alive.

He ended with the following statement: “The regime’s need to keep returning to the same repressive tactics only goes to show that every instance of repression has led to renewed push-back from an increasingly restive population. The persistence of both activism and repression indicates that there is no end in sight for the conflict between the Iranian people and the clerical regime that struggles every day to make them submit to its fundamentalist ideology.”