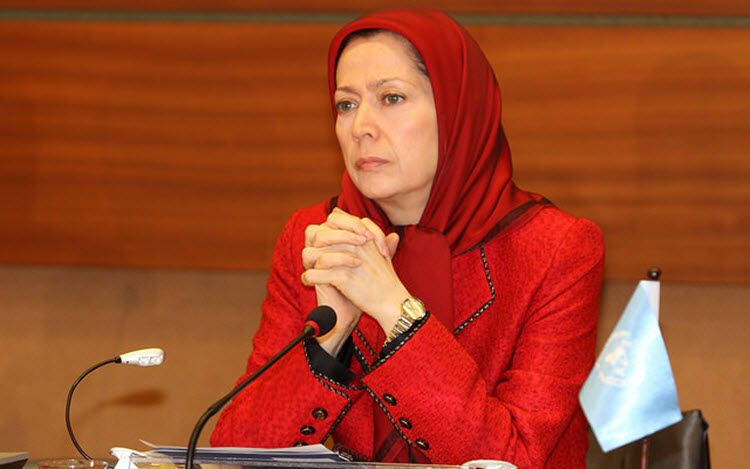 Maryam Rajavi, President-elect of the Iranian Resistance, told the pan-Arab daily Asharq Al-Awsat on Sunday 17 April that the Iranian regime will collapse as soon as Syrian dictator Bashar al-Assad is toppled. Mrs. Rajavi said that the mullahs’ regime rests on three main pillars.

Firstly, the obtaining of a nuclear bomb. Secondly, “absolute domestic repression”. And, finally, the export of terrorism and extremism abroad.

The National Council of Resistance of Iran (NCRI), reporting on this full page interview, highlighted Mrs. Rajavi’s belief that the regime’s strategy revolves around interference in the internal affairs of other countries and warmongering and export of terrorism. She believes that the regime can be finally defeated in Bahrain “if it is confronted with a decisive alliance formed by regional countries”. She stated that the regime would collapse as a result of al-Assad being toppled in Syria (the reason for the regime trying so hard to keep him in power).

Mrs. Rajavi said that the Iranian regime is “dying”. It has faced defeat in Yemen, and they have “sent 60,000 Islamic Revolutionary Guards Corps (IRGC) soldiers and affiliated militias to fight in Syria”.

Regarding the nuclear threat, Mrs. Rajavi stated that the regime is currently going through a minor setback – they will soon continue to keep working on what they have been planning for a long time.  The regime, with an extensive past history in deception, is skilled at keeping their plans secret. The international community was far too lenient in the terms of the nuclear deal with the regime, Mrs. Rajavi said. The “international community could have taken away everything from the regime”.

Speaking about the regime’s recent ballistic missile activities and violations, she highlighted that all factions of the regime “pursue the same policy, seeking internal oppression of the people and terrorizing regional nations”.