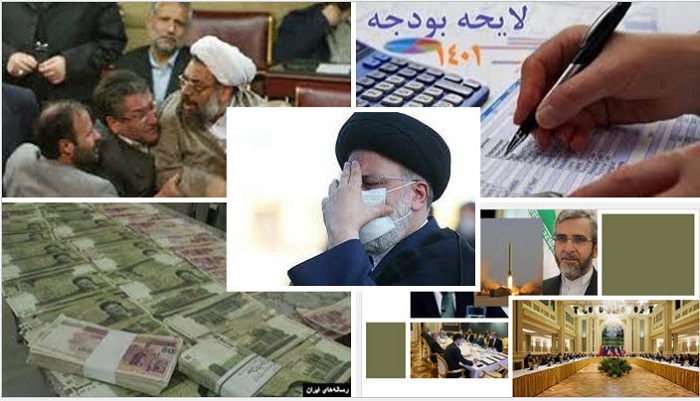 April 1 marks the anniversary of the ‘Islamic Republic’ referendum when Iranian regime founder Ruhollah Khomeini imposed his theocratic and fundamentalist regime on the people as a ‘republic.’ Officials and experts have analyzed the regime’s situation once again, as they have every year since its inception. However, unlike in previous years, we have seen a variety of reactions to the regime’s officials’ remarks this time.

Before Khomeini died many years ago, he explained the most important duty of the regime’s officials. “These are stupid arguments presented by these groups who say spying is not good. Unethical espionage is not good, but it is necessary for the protection of Islam and the Muslim population. Accordingly, lying and drinking wine are necessary too.”

With this pragmatism and opportunism, it’s clear that he gave the regime’s officials and supporters permission to commit any crime in order to keep the regime in power, even if it meant violating all human rights principles. Khomeini emphasized in a 1987 letter to Ali Khamenei, the regime’s current supreme leader, that the Velayat-e Faqih system takes precedence over everything, including prayers, fasting, and the Hajj.

He stated unequivocally that the supreme leader has the authority to demolish mosques or homes. He has the authority to close mosques and unilaterally renounce sharia pacts with the people, as well as to prohibit anything, religious or non-religious, that is contrary to Islam’s interests. Ebrahim Raisi, the regime’s president, is repeating Khomeini’s ‘obligatory caution,’ which Khamenei inherited, demonstrating that his main mission is to protect the regime. This demonstrates that Raisi is the regime’s last line of defense against overthrow.

It should be noted that the regime has regarded protests organized by the People’s Mojahedin of Iran (PMOI/MEK) as an existential threat since June 20, 1981. The regime used the perceived threat of the opposition to justify launching and continuing an eight-year war with Iraq, implementing a secret nuclear project, building the Middle East’s largest missile arsenal, improving its unmanned aerial vehicles and weapons of mass destruction, obliterating the country’s environment, and drying up most rivers and seas.

By spreading terrorism and warmongering, as well as training various types of security forces, the regime began looting and wasting the country’s national wealth. Following Khomeini’s decree to save the regime, the regime has taken a number of steps. This demonstrates that Khomeini’s dynasty has no legitimacy in the eyes of the Iranian people, even after 43 years.

The survival of the regime is currently the most pressing concern of all officials and think tanks. “This is not the story of different groups from reformists to principlists,” said Ahmad Khatami, Tehran’s Friday prayer leader. This is the tale of a government whose name should be Islam. This is the story of Islam, and it must be understood by all groups and currents. As Imam said they (the enemy) were slapped by Islam. And as all the elders said, saving the regime is a must, and weakening it would be harmful.”

He later admitted to the regime’s officials’ low morale, saying, “The enemy’s job is to pump despair. Some people want to say that the situation cannot be corrected. They are mistaken. Things could be rectified, but gradually. Something that has developed over the years, cannot be corrected within five to six months. They want to disappoint people.”