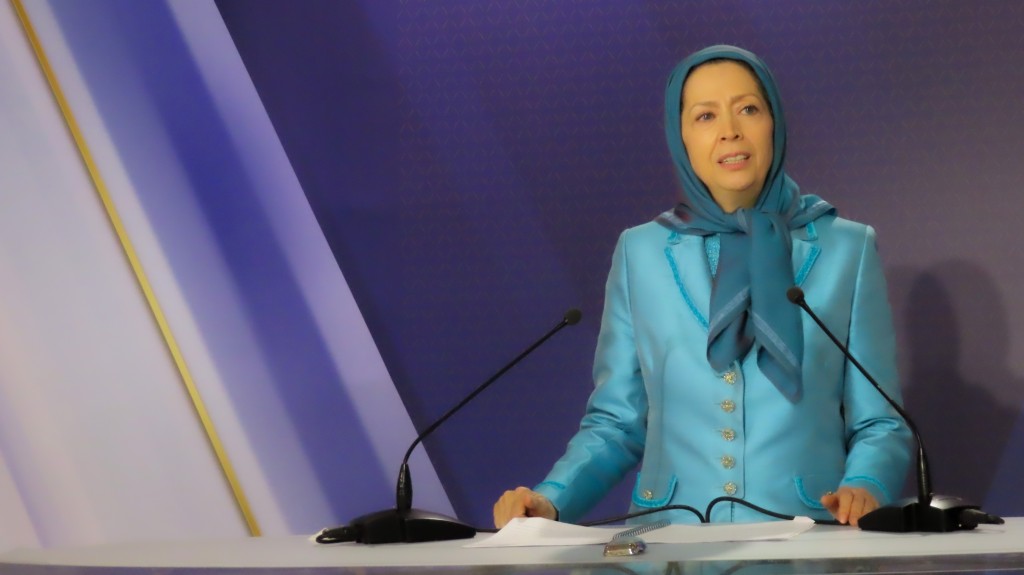 On Monday, January 17, the National Council of Resistance of Iran (NCRI) held a meeting at its French headquarters, which included speeches from four European parliamentarians and numerous relatives of dissidents executed during the Iranian regime’s terror reign in the 1980s. The keynote speaker was NCRI President-elect Maryam Rajavi.

Those riots were forcefully put down by the tyranny

Mrs. Rajavi emphasized that the process of removing the regime is presently in progress, with “an organized network of Resistance Units” setting the framework for future upheavals similar to those that occurred in December 2017, January 2018, and November 2019.

Those riots were forcefully put down, but not before forcing regime officials to admit that the NCRI’s major constituent group, the People’s Mojahedin of Iran (PMOI / MEK Iran), was responsible for much of the turmoil. At the height of the January 2018 revolt, regime Supreme Leader Ali Khamenei said that the group had “prepared for months” to organize rallies in more than 100 cities and disseminate anti-government slogans such as “death to the dictator.”

The regime’s exceptionally harsh response to the latter uprising, which saw security forces open fire on masses of protestors around the country, was undoubtedly driven by the recurrence of such slogans. During the state-wide uprising in November 2019, at least 1,500 people were killed, before the judiciary initiated a campaign of systematic torture that lasted many months and was chronicled in an Amnesty International report in 2020. At the time, the Judiciary Chief was Ebrahim Raisi, the current regime’s President.

Raisi was installed as president at a time when “the impunity crisis in Iran reached its peak,” according to former Belgian Prime Minister Guy Verhofstadt, who spoke at the press conference on Monday. Other speakers alluded to the regime’s impunity and condemned the West’s current approach towards it.

The speakers also cited specific examples of the regime’s heinous behavior both at home and abroad. The widely-recognized fact of Raisi’s role in what has been dubbed Iran’s worst crime against humanity: the massacre of around 30,000 political detainees during the summer of 1988 prompted comments regarding the importance of his appointment. “The world community turned a blind eye to this crime against humanity,” Verhofstadt said, “and this indifference persists to this day.” He asked the UN to initiate an official investigation into the massacre, arguing that any negotiations should prioritize human rights. 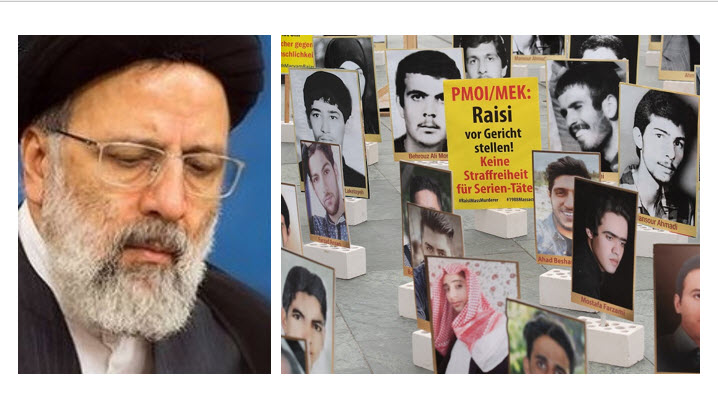 “The world community turned a blind eye to this crime against humanity,” Verhofstadt said and asked the UN  to initiate an official investigation into the massacre in 1988.

The former Speaker of the British House of Commons, John Bercow

I’m here to acknowledge the suffering of the people of Iran and to be a voice for freedom. My fundamental belief is that human beings aspire to be free. Individuals, communities, states, regions, countries, want to be autonomous. A key slogan of yours is “down with the oppressor, be it the shah or the supreme leader.”

I back your call for a secular and democratic republic and support Mrs. Rajavi’s ten-point plan for a free Iran.

A crucial part of a democracy is not tolerance, but respect for everybody.

The 1988 massacre must be investigated. We must get to the bottom of it. Ebrahim Raisi must be prosecuted for crimes against humanity. He is a disgrace.

The nuclear issue is being focused on to a certain degree. Democracies must recognize that there is a key difference between dealing with other democracies and dealing with other countries whose regimes are non-democracies. All the evidence so far shows that the conciliatory approach has yielded no results. This is the point to send the regime a clear message that if they don’t suspend their nuclear program, the UN sanctions will be reapplied.

Mrs. Rajavi’s words made it clear that the overthrow will be carried out by the Iranian people themselves, possibly with the help of the peoples of the surrounding region. “Today, many have realized that, more than anything else, the fight against [Islamic extremism] requires the Muslims themselves to play their role,” she said, before going on to say that the NCRI could serve as the nucleus of a democratic alternative that would define Iran’s and the Muslim world’s future.

Mrs. Rajavi wrapped up her address by laying out precise recommendations for Western policies toward Iran, measures that would protect Western interests while also allowing Iran to change. These include restoring six UN Security Council resolutions that were suspended after the JCPOA was signed, putting Iranian human rights issues on the Security Council’s agenda, and pursuing charges against Ebrahim Raisi and other perpetrators of the 1988 massacre, the 2019 crackdown on protesters.