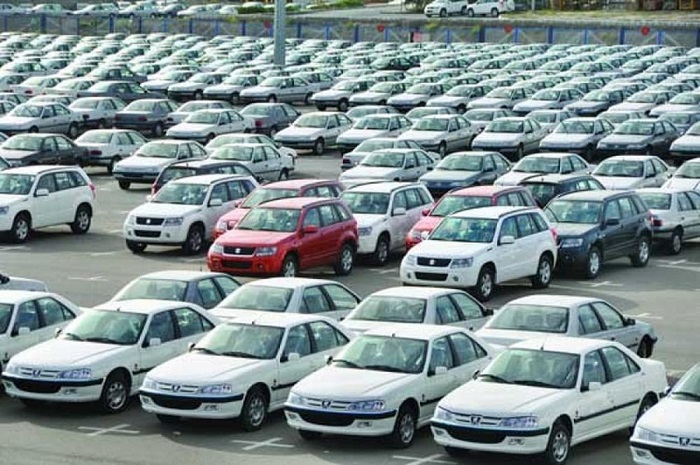 The Revolutionary Guards (IRGC) control Iran’s automobile industry. Meanwhile, regime officials, including members of parliament, are squandering public funds by importing the most expensive automobiles. The Iranian regime’s Supreme Leader Ali Khamenei invited the IRGC to plunder Iranians even more by entering the car manufacturing business on May 6, 2020.

According to the state-run Ana news agency, Khamenei said, “The mindset that can produce a satellite and target the next 36,000-kilometer orbit to send the next satellite can certainly have the creative spirit for car production with five liters of gasoline per 100 kilometers and other parts of production.”

On June 9, 2020, Hajizadeh announced in a joint meeting with the Acting Minister of Industry, Mines, and Trade and CEOs of the automotive industry that assistance is needed for the country’s economy and industry, according to the state-run Ensaf News Agency.

The so-called IRGC’s “assistance” has resulted in more road deaths after two years. According to some state media, at least 15,000 people have died in traffic accidents head of Iran’s traffic police, Kamal Hadianfar, recently admitted that low-quality vehicles produced by the IRGC’s dominated factories have resulted in more deaths.

Despite the sharp decline in car production in Iran, the $15 billion per year car market remains one of the most important and attractive markets for production and brokerage in the country’s bankrupt economy. Companies linked to the regime continued to stockpile cars, artificially inflating demand and allowing them to raise car prices.

Cruise and Azaam, two large car component companies, were recently reported as being involved in a massive corruption case by Iran’s state media. These two firms had embezzled up to 500,000 billion rials, or $1.8 billion at today’s market rate.

“Powerful non-governmental organizations [IRGC] support corruption in the automotive industry.” The appointment of the CEO is influenced by some component manufacturers. On January 25, 2022, the state-run ANA Press quoted Hushang Ahmadi, Chairman of the Board of Directors of Saipa Logistics, as saying, “These companies are the ones who later supply the parts needed by the automakers.”

The two companies were importing low-quality parts from China and selling them to Iranian car companies under the guise of “domestic products” to get around the sanctions.

In a bid to consolidate power, Khamenei pulled Ebrahim Raisi out of the ballot box in June 2021. Raisi made empty promises and made a big deal about “fighting corruption.” His and his ministers’ absurd gestures are even mocked by the state-run media.

“Minister of Mines, Trade and Business Reza Fatemi Amin promised in November that car prices in the market would gradually decrease by the end of the year. On March 9, the state-run Eghtesad News reported that “simple research shows that this product has become significantly more expensive.”

Iran’s regime has no intention of dealing with the country’s problems. The mullahs’ first and foremost goal, according to their founder, Ruhollah Khomeini, is to maintain the regime. To fund their regional adventurism and maintain their repressive apparatus, they are destroying Iran’s economy and all industries. Thus, producing low-quality cars that have increased the fatality rate of Iran’s road accidents is not by any means accidental. Raisi’s genocidal regime seeks to plunder and squander people’s wealth, either directly or indirectly.

People from all walks of life are protesting across Iran, expressing their outrage at their main opponent, the ruling theocracy. “Our enemy is right here; they lie when they say it’s America,” they chanted during their protests.