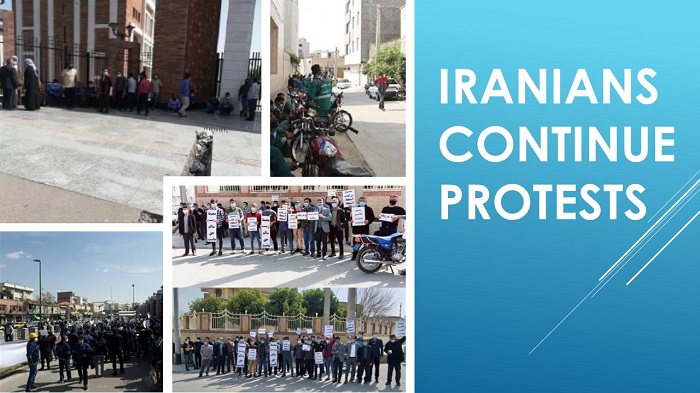 Between September 23 and October 7, a total of 253 protests were reported around Iran, with people from all walks of life taking to the streets to voice their concerns about the country’s current social and economic issues.

Majority of the Iranian people living in poverty

The problems are the product of the Iranian regime’s entrenched corruption and malicious acts, which have had terrible implications for the Iranian people, with the majority of them living in poverty and unable to provide for their families. Because the government has failed to address any of the country’s socio-economic issues, the country’s tensions and anger have no end in sight.

Farmers in Isfahan staged a protest outside the local Water and Electricity agency on Monday to demand their right to water irrigation. Following the transfer of its water to other locations, the eastern parts of Isfahan province have been deprived of natural water from the Zayanderude river. Despite the presence of a huge anti-riot unit in the area, the outraged farmers were able to attack the building’s office.

Retirees asking about their overdue pensions

A demonstration was also held in the Shiraz province’s city of Larestan on Monday. A group of residents gathered outside the Ministry of Roads and Urban Development office to express their dissatisfaction with the state of the Jahrom-Lae-Bandar Abbas transition route that runs through the neighborhood.

For the third day in a row, retirees from the Hafttappeh Sugarcane Factory in Shush demonstrated in Khuzestan, demanding the payment of their long-overdue pensions and the correct calculation of their bonuses.

Several Machine Sazi Arak workers staged a protest on Sunday, seeking the quick reinstatement of their fired co-workers as well as a wage raise in line with the present economic circumstances.

On Sunday, there were four additional protests. Retirees in Tabriz demanded that their pensions be adjusted to reflect the country’s increasing inflation rate and high expenses of basic necessities, while Kerman Coal Company miners in southeast Iran marched against plans to privatize the mines and transfer ownership to the Dalahu Company.

Hundreds of protests have taken place

A group of nurses from Iran’s Social Security Organization staged another protest. They staged a protest outside the regime’s Majlis (parliament) in Tehran, demanding that the number of legislative provisions corresponding to the Ministry of Health is raised and that the law on Hard and Harmful Occupations be enforced.

Despite their challenging working conditions during the COVID-19 outbreak, the dictatorship, according to the protesting nurses, has intensified pressure on them. On Saturday, these nurses staged a demonstration in front of the regime’s Program and Budget Organization and Parliament.

Defrauded investors in the Caspian credit institution staged simultaneous protests in Tehran and Mashhad on Sunday. Since 2016, the institution, which is linked to the dreaded Islamic Revolutionary Guard Corps (IRGC), has been defrauding consumers by taking their money. Hundreds of demonstrations have taken place in recent years by frustrated investors who have lost their life investments. 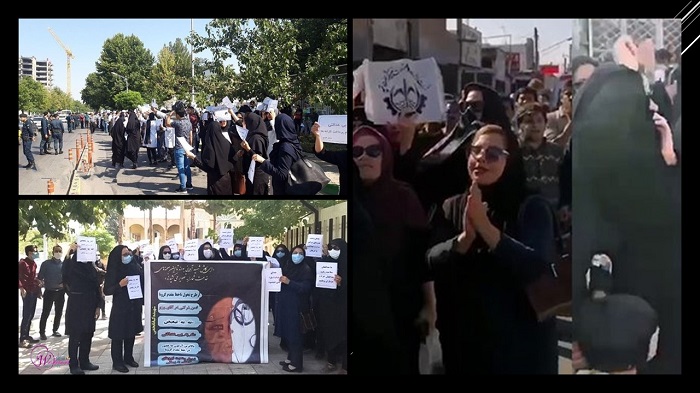 Lack of economic security is a big problem

On Saturday, a group of teachers from the poorest parts of Iran’s East Azerbaijan region took to the streets to demand their wages, which had been delayed for 14 months. Despite the coronavirus pandemic, instructors were required to work despite the fact that they had not been paid for about a year and a half. Many teachers are living in poverty because their average earnings are about 3 million tomans.

“Lack of economic security, increasing financial problems, the severe decline in people’s livelihoods, growing inequalities, discrimination, and the people’s distrust of officials with their consequences, growth and expansion lead in the long run to the system’s collapse,” the state-run Jahan-e Sanat daily warned on November 9.