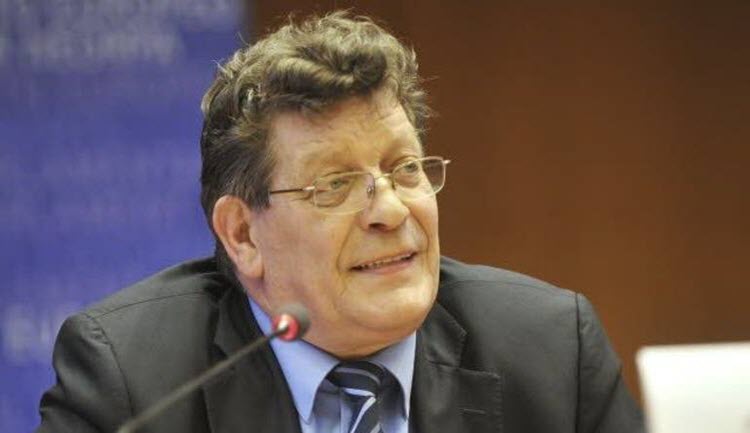 Mr. Gérard Deprez, a Belgian politician, Member of European Parliament and Chair of Friends of a Free Iran wrote a letter urging Ms. Federica Mogherini, the European Union’s High Representative, to use her planned visit to Iran this week to publicly speak out for human rights in the country.

The letter, published in its entirety on the National Council of Resistance of Iran’s (NCRI) website, requests that human rights be placed that the top of the agenda during the EU High Representative’s visit to Iran.

Gérard Deprez, the Chair of Friends of a Free Iran, an intergroup which is supported by more than 200 members of the European Parliament, said in the letter that following the nuclear deal any further relations with the regime should be contingent upon a progress in the human rights situation in Iran including a complete halt of executions. He stated his surprise that such a “high-level visit” was organised before even a hint of improvement in the human rights situation has been observed.

He called on Ms. Mogherini “to publicly speak out in Tehran about the need for Iranian authorities to show respect for the basic rights of their citizens”. He also requested that she meet several political prisoners.

Mr. Deprez, referring to past correspondence with Ms. Mogherini, said that he and many colleagues in the European Parliament are “extremely concerned about the ongoing human rights abuses” and about the fact that relations with Iran are continuing despite the regime not progressing with an improvement in the human rights situation.

Women’s rights were also emphasised in his letter. He said that the repression of women in Iran is “alarming”. Many women that have peacefully campaigned for female rights are behind bars and girls as young as nine are being married off, even to a stepfather.

He warned that: “If our improved relations with Iran will not be combined with certain conditions for improvement of people’s rights, we will be only strengthening the regime and will thus be complicit in the repression.”

Mr. Deprez drew Ms. Mogherini’s attention to the European External Action Services under her leadership who have stated: “The European Union is founded on a strong engagement to promote and protect human rights, democracy and rule of law worldwide. Sustainable peace, development and prosperity cannot exist without respect for human rights. This commitment underpins all internal and external policies of the European Union.”

He ended the letter with a plea for Ms. Mogherini to speak out in Tehran, publicly, about the necessity for the regime to show respect for their citizens by granting them basic rights.