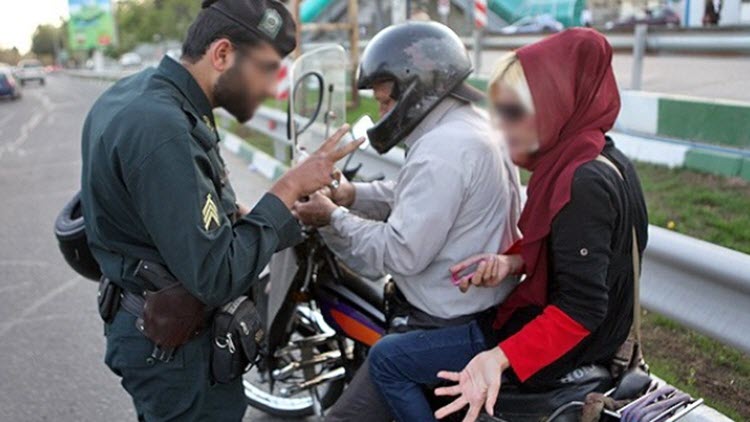 The morality police in Iran are stepping up their efforts to punish women they believe are not veiled correctly.

The International Business Times reported that more and more “morality stations” have been set up since the beginning of April. Once woman has apparently had her car impounded because the morality police found her veil improper, or too loose.

There have also been raids around Vanak Square in Tehran. A worker from one of the restaurants in the square claimed that some people have been arrested during such raids. They are then transferred to an unknown location “by vans that are parked nearby for this purpose”.

Speaking about the situation of women in Iran, Elaheh Arj, vice chair of the Women’s Committee in the National Council of Resistance of Iran (NCRI), said that more than 60 women have been executed during President Hassan Rouhani’s tenure. Women are being subject to more and more punishments regarding “mal-veiling” and are stopped in the street by morality police. She also highlighted that the first gender-segregated train was introduced a few weeks ago for journeys between Tehran and Mashhad.

Ms Arj said: “While the world is pledging for parity and as the United Nations is planning to eliminate gender inequality and discrimination against women in line with UN Women’s Planet 50-50 by 2030, violence, discrimination and inequality are institutionalised in the Iranian regime’s laws. This is a regime that arrests and beats women for celebrating international women’s day and establishes more suppressive laws to marginalise women.”

The news of the crackdown comes only weeks after Air France reopened its route to Tehran. However, the news was met with controversy over female cabin crew and veiling. Air France finally announced that female cabin crew who did not want to cover their hair while in Iran were allowed to opt out of the route.

Sporting is an area where women are particularly repressed in Iran. A situation recently highlighted in the press was the marathon in Iran where women had their applications rejected. However, this did not stop some Iranian women who ran alongside the men and even took part in their own marathon. Women are also not permitted to watch football or volleyball matches in stadiums. Again, many women in Iran fight against this injustice and risk prison time by attending matches anyway.