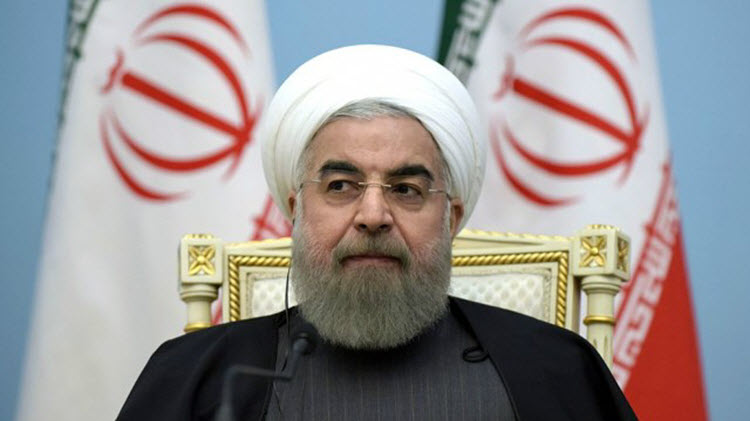 Iran’s presidential election on May 19th gives the people of that country little choice. The two main candidates were hand picked by leadership in Tehran. All candidates in the election must be approved by the the Guardian Council. This year, only six out of 1,636 candidates were allowed to run.

In an article in The Hill, by Soona Samsami, Representative in the United States for the National Council of Resistance of Iran, she writes, “They are fighting over a very narrow sliver of turf. No matter who wins, count on Iran remaining viciously repressive, destabilizing to the region and ever-eager to attain nuclear weapons.”

The International American Council on the Middle East and North Africa, recently surveyed Iranians in 15 provinces. 79 percent of those surveyed said they don’t believe the outcome of the election will make any difference in their lives.

The politics of the Iranian people is diverse. There are religious conservatives, as well as young people, who hold secular, democratic views. What many citizens have in common is that they are disaffected and disenfranchised by the unrealized economic gains that were promised after the end of nuclear sanctions.

Samsami writes, “According to U.S. intelligence estimates and the analysis of Iranian opposition groups, the “nuclear accord dividend” has been siphoned off by the state’s instruments of violence and repression, including a huge budget increase to the brutal Iranian Revolutionary Guard, massive expenditures in ballistic missile development and ongoing interference in Iraq, Syria, Yemen and elsewhere.”

In the meantime, for the Iranian people, the outlook remains dire as wages stagnate, investments in infrastructure are deferred, and corruption runs rampant. There is no real outlet or hope for redress, as all state actions are sanctified, thus leaving no higher appeal. In order to change their lot, the Iranian people have no alternative but to boycott the elections, while calling for genuine regime change.

“There is a real Iranian opposition; they are jailed, hunted and murdered by the score, or otherwise pushed into exile. So, the mullahs have stacked the deck, offering their own alternative: current President Hassan Rouhani, who, of course, played a key role in suppressing a 1999 uprising of the people and bragged about lying to U.N. nuclear weapons inspectors,” writes Samsami, adding,

“His rival, the midlevel cleric Ebrahim Raisi is a close ally of the Supreme Leader Ali Khamenei. The other notable candidate, Mohammad Bagher Qalibaf, who withdrew from the race in favor of Raisi, was a commander of the notorious Islamic Revolutionary Guards Corps before becoming Tehran’s mayor.”

Believing that not much will change with the election, Iran’s future looks much like its past.

Under the “moderate” Rouhani, there were a record number of state executions that far outpaced his predecessor, the firebrand Mahmoud Ahmadinejad.

Raisi has been part of the judiciary of the regime since its establishment. He was a member of a “death commission” in 1988, authorizing the execution of 30,000 political prisoners as “enemies” of the state— men, women and even children, who belonged to the main opposition, the Mujahedin-e Khalq (MEK).

The regime is weakened from internal divisions, its failure to wipe out dissidents in Iraq — and its failure to prevent their successful transfer to Europe — as well as the Trump administration’s vow to review its Iran policy. This makes for an unprecedented opportunity for the opposition to play a significant role in reshaping the country’s future. Millions of disgruntled Iranians and the true partners of the United States, would be a force to be reckoned with for the regime.