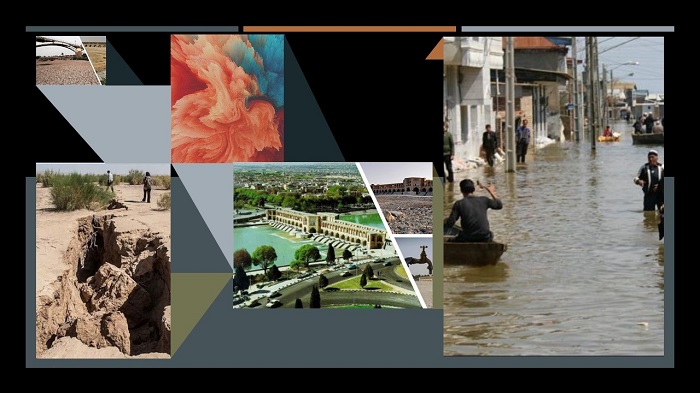 Iran has been plagued by seasonal floods once again. Floods and severe rains have impacted 87 cities and hundreds of villages across 17 provinces. Many individuals, particularly in rural regions, lack shelter and the bare necessities to defend themselves from floods.

At least 11 people had perished in the floodwaters by Tuesday, and several others had been injured or gone missing. Thousands of homes have been inundated in some locations, including Konarak, and more than 10,000 people are homeless and stuck as water levels rise. Power lines have been cut, streets have been flooded, and the government response has been almost non-existent.

Iran’s sorrow is that the country is afflicted by both drought and floods every year. And it happens on a regular basis. While floods wreaked havoc in some sections of the country, families in other areas faced water shortages.

Thirty provinces are experiencing water shortages, with six provinces experiencing serious shortages. Instead of responding to protesters, regime authorities blame water shortages on nature and a lack of precipitation. However, the yearly flash floods that have occurred in Iran since 2019 prove that there is no scarcity of precipitation and that if properly handled, damages may be avoided and water sources can be provided to areas in need.

The mullahs’ dictatorship is to blame for the flooding

In truth, the ruling mullahs’ decades of mismanagement and harmful policies are to blame for the destruction of Iran’s ecosystem. Droughts, floods, dust storms, and other crises have come from the Revolutionary Guards and other regime organs’ degradation of Iran’s natural resources.

The regime’s mismanagement of natural resources is so evident that the regime’s own media are discussing it. Exploring the simultaneity of drought and floods, the state-run Mardom Salari wrote on January 4, “In the past few years, the environmental situation is very contradictory… this situation is the result of negligence and mismanagement in different periods.”

Even the regime’s own specialists have concluded that the mullahs’ dictatorship is to blame for the flooding that has occurred since the spring of 2019.

The regime has made no measures to mitigate the damage

For example, in Iran, the removal of forests has made several places far more vulnerable to seasonal floods. Simultaneously, the unscientific and poorly managed construction of dams on various rivers and the extraction of subsurface water has altered the water distribution balance, producing drought in various locations, causing a huge subsidence problem, and drying up marshes in various regions.

Furthermore, since 2019, the national weather organization has forecasted and warned of impending floods. However, the regime has made no measures to mitigate the damage.

However, after the floods, the regime had no crisis management plan in place and did little to assist trapped individuals or give them refuge. At the same time, while the dictatorship has increased the budget of the Revolutionary Guards and its propaganda apparatus, it has done nothing to strengthen the entities responsible for environmental protection and disaster response.

The country’s difficulties will be resolved after the mullahs replaced

The proportion of the funds allocated to construction and disaster response has steadily decreased in recent years. In 2013, such expenditures accounted for 30% of the budget. However, by 2022, that percentage will have dropped to 11%. Even this low budget, according to the Sharq daily, has not been met, with 60-80% of it not being absorbed or assigned to appropriate projects.

Simultaneously, the Iranian people are growing more conscious of the regime’s participation in environmental disasters, and that the country’s environmental difficulties will only be resolved after the mullahs’ government system is replaced with a democratic administration that prioritizes the people’s and country’s interests.

After the floods, the regime had no crisis management plan in place and did little to assist trapped individuals or give them refuge.