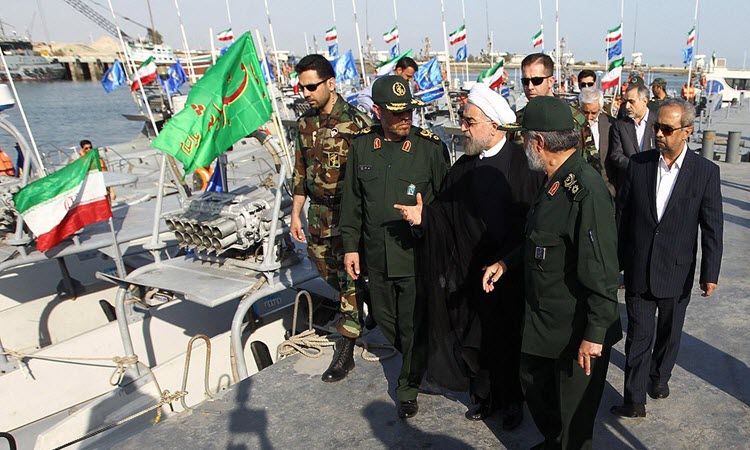 “As an Iranian American I am grateful that the Obama administration helped relocate 3,000 of my friends and colleagues, members of the principal Iranian opposition movement, the Mujahedin-e Khalq (MEK), out of Camp Liberty, Iraq. But I am very critical of its utter weakness in dealing with the Islamic Republic,” says Amir H. Heidarian, president of the Iranian American Community of Wisconsin.

While occupying Camp Ashraf in eastern Iraq, MEK members were under constant threat of attack from Shiite militant groups loyal to Iran. Dozens were killed over the years.

Now, however, they have been relocated and are safe in Albania and elsewhere in Europe, and are free to carry on their work toward expulsion of the repressive theocratic system in place in Tehran.

Credit for this belongs to the Obama admnistration, who accomplished this work with little fanfare, although it didn’t act publicly as an advocate for the MEK, and it didn’t confronted Iran over the repeated missile attacks on the camp that often could be traced back to the Islamic Revolutionary Guard Corps (IRGC).

When the ‘moderate’ Iranian President Hassan Rouhani was elected in 2013, things were expected to get better, but,  in many respects they have gotten worse. There has been a rise in executions in a country that already had a reputation for having the highest rate of executions per capita. There has been  a major crackdown on activists, journalists, minority groups and dual nationals by the Islamic Revolutionary Guards Corps. The Rouhani administration didn’t challenge these outrages, and neither did the Obama administration.

International human rights organizations repeatedly underscored this, and publicly criticized the Obama administration and its allies for sidelining human rights issues in the interest of keeping its focus on the nuclear deal.

Michael Flynn, President Donald Trump’s National Security Adviser formally put Iran “on notice” this past week, over its recent ballistic missile test and its ongoing provocative moves in the region. President Trump also warned that the regime was “playing with fire”.

The appeasement policies of the Obama administration is now at an end, and “all options are on the table” according to the new administration.

While welcoming this message, and the follow-through the administration showed by imposing new sanctions on 13 individuals and 12 companies connected to the Iranian ballistic missile program,  further such sanctions to isolate the IRGC and shrink its influence both at home and abroad are desired.

Presently, the IRGC controls the majority of Iran’s GDP, and is acquiring larger shares of the national budget.  Preventing the enrichment of the IRGC is a first step toward addressing Iran’s human rights record. Whether or not this is specifically part of Trump’s aim is questionable, but he is on the right track by imposing non-nuclear sanctions and his willingness to take further measures.