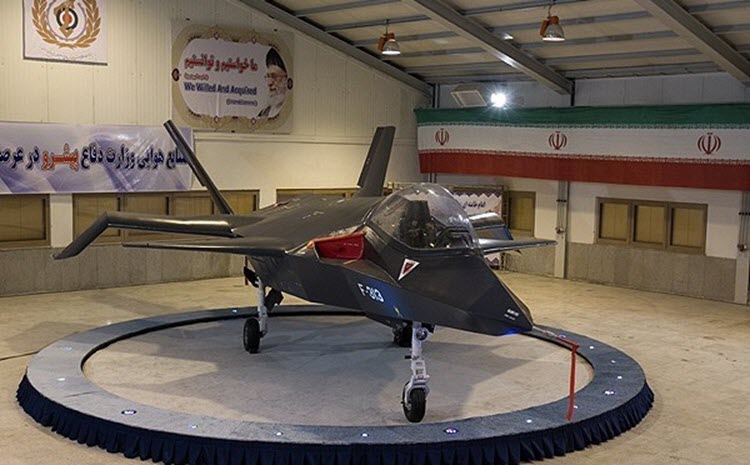 A video of the new version of Iran’s Qaher F-313 stealth fighter has made an appearance showing the aircraft performing taxi trials. Although there appears to be improvement over the last iteration of the Qaher, this new version of the alleged stealth fighter is probably just a model, according to Dave Majumdar in his article for the National Interest.

On Feb. 2, 2013, Tehran originally showed off the Qaher F-313. Many believed this debut to be a poorly executed propaganda stunt. It seemed that the purported fifth-generation stealth fighter was merely subscale mockup with dubious aerodynamics.  Majumdar writed, “Indeed, the ‘aircraft’ was too small for a normal-sized human pilot and lacked a nozzle for an engine. That’s of course assuming Iran had access to a propulsion system that could fit into something so tiny. Quite simply, it was a farce.”

Now, after four years, the new Qaher F-313 prototype looks more realistic, but Majumdar claims that it remains very doubtful how viable the aircraft will be in combat.

He writes, “The new F-313’s aerodynamics continue to remain rather questionable given the odd planform. The new Qaher variant retains wing leading edges that are very rounded with a very thick airfoil—limiting the aircraft’s speed. Moreover, the placements of the small air inlets are certain to cause problems at higher angles of attack. The design may also have some yaw/roll coupling issues—something that one aerospace engineer had mentioned to me previously when the first F-313 variant was unveiled.”

According to what an experienced U.S. engineer told The National Interest, like the previous version of the F-313, the new Qaher seems to lack internal weapons bays—despite Iranian claims to the contrary. Moreover, he says that the Qaher has numerous “hot spots” where its radar cross-section would spike. He added that the thick, rounded leading edges are “very non-low observable”—as are the control surfaces on the fixed canards.

Majumdar writes, “Basically, any claims that the F-313 might be a stealth aircraft are laughable.”

The new version of the F-313 aircraft seems to be slightly larger and better built than the original. It is immediately noticeable that the cockpit is large enough to accommodate a pilot, and the canopy appears to be made from a proper aerospace grade transparencies rather than semi-translucent plexiglass that was used on the 2013 mockup.

The new Qaher F-313 seems physically larger than its predecessor and features two engines with nozzles.

“The previous version of the Qaher F-313 had space for one engine, probably something no larger than an American-made General Electric J85 that Tehran acquired with its purchase of the Northrop F-5 Freedom Fighter. But the original F-313 had no nozzle, without which the mockup would been set alight—assuming there was an engine installed. The new aircraft appears to be powered by two J85 motors—which is likely the only engine Iran has access to that is small enough to fit into the machine. Even then, it’s not clear that the diminutive aircraft could carry enough fuel to offer a useful combat radius—assuming it could get off the ground.  Nothing is known about the current F-313’s avionics suite. Unlike with the 2013 mockup where there were photos available of the cockpit interior, no such images are available this time around. The aircraft does appear to mount an electro-optical/infrared sensor turret under the nose—but the camera would simple add to the F-313’s radar cross-section as there are no provisions to reduce its signature.”

The new F-313 appears to be more realistic, overall, but it seems to be doubtful that it is a flyable aircraft. At best, it may be a demonstration model—similar in concept to the YF-22, YF-23, X-32 or X-35 which were basically empty shells designed to show of basic flying qualities before being refined into real production aircraft with operational mission systems, according to Majumdar.